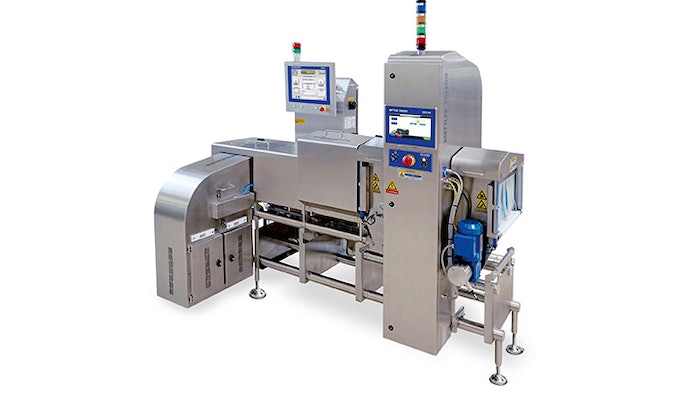 The CX35 links METTLER TOLEDO’s highly precise and versatile C35 checkweigher with its advanced X33 X-ray inspection system. By combining checkweighing and X-ray inspection technology, the CX35 is able to detect and reject contaminants such as glass, plastic and bone that are “invisible” to metal detectors. This makes the new system attractive to a wide range of food companies for whom this capability is essential.

The new system will also speed inspection time and reduce space requirements on production lines, increasing line productivity. The C35 AdvancedLine Checkweighing System, can deliver throughput of up to 600 packages per minute, a weighing range of from 3g to 10kg and extremely accurate weighing. The C35 enables companies to inspect 100 percent of their product, segregate non-conforming packages and collect production data. The X33 series X-ray system combines a single vertical X-ray beam with high-sensitivity detector technology that allows inspections to take place using a low power (20 W) X-ray generator. This reduces energy requirements and costs, and eliminates the need for cooling, resulting in a more compact cabinet size. The X33 detects foreign contaminants including glass, metal, stone, bone and high-density plastics and rubber compounds, even when products are wrapped in aluminum foil or metalized film.