Countries remain fearful of the African Swine Fever plaquing much of Asia. 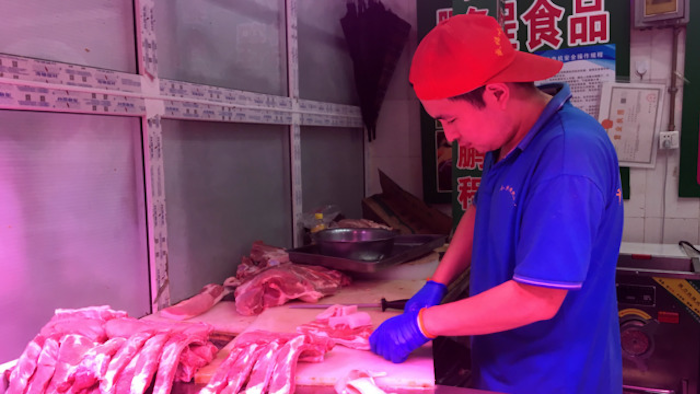 CANBERRA, Australia (AP) — Australia, for the first time, has canceled a tourist's visa over undeclared food as the country tries to keep itself free of African swine fever. The 45-year-old woman who arrived at Sydney International Airport on Saturday had undeclared food in her luggage including 10 pounds of pork, Agriculture Minister Bridget McKenzie said on Tuesday.

She was sent home to Vietnam and banned from returning to Australia for three years, McKenzie said.

Australia is free of the disease that has wiped out pig populations across Asia and Europe. But the disease was recently detected in East Timor, a near neighbor where Australian veterinarians are working with local authorities on an eradication plan.

Sniffer dogs now examine luggage on direct flights from the East Timorese capital Dili to the northern Australian city of Darwin to prevent contamination. "We need to keep our pest- and disease-free status as a country strong," McKenzie told reporters.

Australian border officials have seized 30 tons of cooked pork from luggage and parcels since February. The proportion of that smuggled meat contaminated with African swine fever had increased from 15 percent in February to 48 percent in September, McKenzie said.

Margo Andrae, chief executive of industry promotion body Australian Pork Limited, said the greatest threat to the industry was if the disease took hold in Australia's wild pig population. Australia has around 2.5 million domestic pigs while the feral herd was estimated to be five times larger.

Andrae said the devastation to pig herds across Asia had created export opportunities for Australian pig farmers in markets including the Philippines and Singapore. But she said Australia did not have pork trade arrangement with China, which McKenzie said faces an 11-million-ton annual "protein deficit" due to African swine fever.