President Trump wants to make it easier for genetically engineered plants and animals to enter the food supply, and he signed an executive order Tuesday directing federal agencies to simplify the "regulatory maze" for producers. 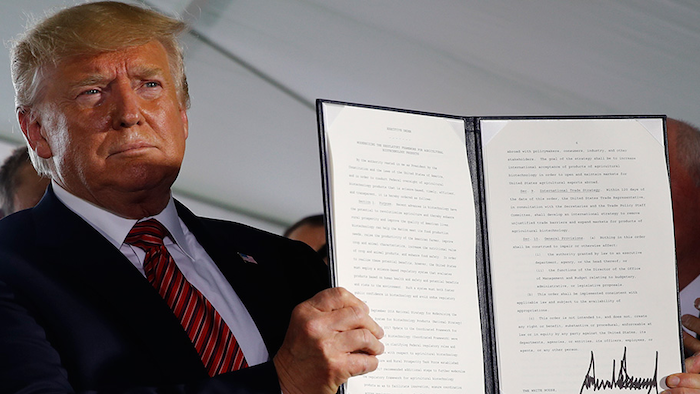 In the meantime, other companies have been using the newer gene-editing techniques to develop other plants and animals.