Uncertainty means stockpiling eggs from the Netherlands and tomato paste from Spain because new border checks are expected to slow deliveries and raise costs. 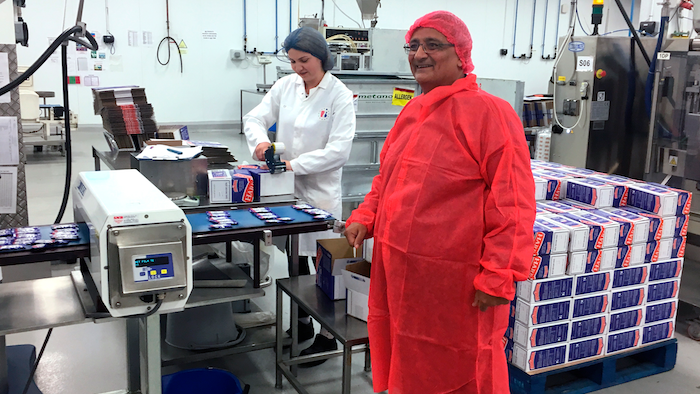 LOUGHBOROUGH, England (AP) — Britain hasn't left the European Union yet, but the long, drawn-out and bitter road to Brexit is already causing financial problems for B I Europe Limited, a family-run food company in central England.

The reason is straightforward: Britain missed two deadlines to leave the EU and remains part of the 28-nation trade bloc, enjoying the benefits of business without borders. As its third departure date nears, there is even more uncertainty about the country making a chaotic "no-deal" Brexit that abruptly brings tariffs, higher costs and other new trade barriers.

B I Europe Limited has been stockpiling ingredients for the sauces, dips and condiments it makes as a wholesale supplier to hotels and restaurants so it can stay in production. If Britain withdraws from the EU without new trading arrangements in place, the company could lose its own suppliers in EU countries.

Britain's next deadline is October 31. No one really knows if Brexit will be postponed again, as Parliament wants, or this time completed, as Prime Minister Boris Johnson insists is going to happen. Kamal Dhutia, managing director of the English condiment company, knows he has to be ready for a hard Brexit in case Johnson is right and no-deal with the EU exists that night.

That means stockpiling eggs from the Netherlands and paste for tomatoes that come from Spain because new border checks are expected to slow deliveries and raise costs. However, the uncertainty makes prudent planning all but impossible, Dhutia said.

Dhutia thinks a departure from the EU without a deal in place makes no sense. His company has enjoyed hassle-free trade in Europe for 40 years and can't lose it overnight without major problems, he said. "There's shockwaves, yeah," Dhutia said. "We have to have a nice, constructive, decent way and a constructive manner of coming out of Europe. You can't just walk out, and that's what has been proposed, which in my opinion is totally wrong."

Dhutia said without factoring in managers' time, Brexit planning has reduced company profits by at least five percent in six months. Stockholding has so far cost an extra $370,000, he said. His father started the company in 1967 in Loughborough, located about 115 miles north of London. It employs 50 people, including some immigrants from eastern Europe.

The dilemma the company faces is not unique: The Bank of England this summer estimated that British companies' productivity has dropped as much as five percent since the 2016 referendum in which voters chose Brexit because staff are spending time planning for Brexit day rather than getting on with their daily business.