Big Changes About Small Fish in Store for Fishermen

Herring are important because they serve as both bait for lobster and tuna, as well as food for humans. 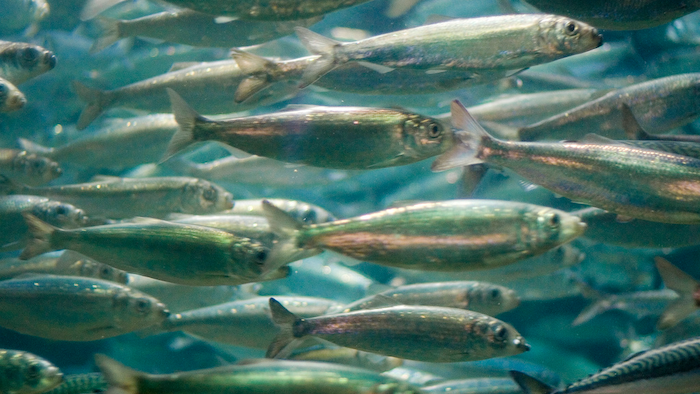 Fisheries managers are adopting a host of potentially major changes for Atlantic herring, an economically important fish that serves as a key part of the ocean ecosystem in New England.

Atlantic herring is a small, schooling fish that is the target of an industry that collects more than 100 million pounds (45 million kilograms) of catch every year. The fish is also the subject of concern from environmentalists and fishery managers, as the National Oceanic and Atmospheric Administration has said a recent assessment of the herring stock shows a decline.

On Tuesday, the New England Fishery Management Council adopted a new formula that will help guide how it sets catch limits in the future. Catch limits will change based on the health of the fishery, which is updated through stock assessments. The council aims to further reduce catch limits to prevent overfishing of herring. But there were no projections available Tuesday.

It also approved a coastal buffer zone to keep out mid-sized trawlers from sensitive spawning, feeding and nursery habitat. The buffer extends 12 miles from the coast in most areas but will extend to nearly 20 miles around Cape Cod in Massachusetts.

"Protecting these sensitive areas from intensive fishing and rebuilding the herring population will directly benefit marine wildlife and the coastal businesses that depend on them," Baker said in a statement.

Debate over the proposed changes has prompted a clash between herring fishermen, harvesters of other species, conservationists and stakeholders. The herring fishery wants to make sure it isn't unfairly penalized for the decline of the species, said Jeff Kaelin, who works in government relations for herring harvester Lund's Fisheries of Cape May, New Jersey.

"Environment plays a bigger part than the level of fishing pressure that has been allowed," Kaelin said.

Herring are important economically because they serve as key bait for the lobster and tuna industries. They're also used as food for human consumption. But perhaps most important, the fish is a critical part of the marine ecosystem because it serves as food for whales, seals and large fish.

"Forage fish are so important to larger species and predators that we need to be doing more," said Zach Cockrum, Northeast director of Conservation Partnerships at the National Wildlife Federation. "It's time to get some rules into place."

The Atlantic herring fishery is based mostly in New England, with boats coming to shore in cities like Rockland, Maine, and Gloucester, Massachusetts. The industry has already suffered one hit in recent weeks, as the NOAA announced last month that it was cutting the herring fishing quota by millions of pounds.