There's money to be made because more Americans are willing to pay premium prices for what they consider top quality, said tea consultant Nigel Melican. 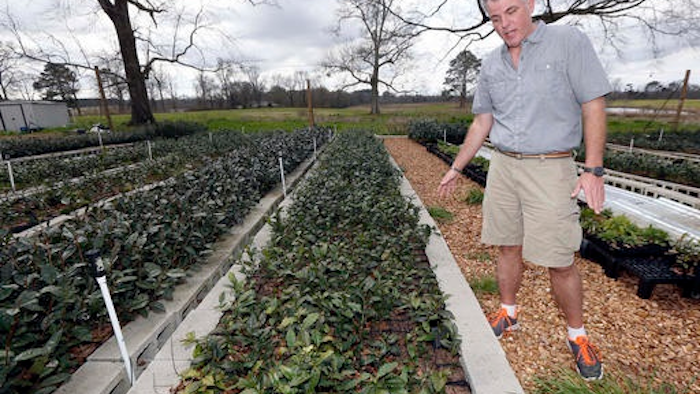 Low maintenance was also a priority.

"I didn't want to be a cattle farmer and chase down cattle at 3 or 4 in the morning," McDonald said.

A chance encounter with South Carolina tea drew him into the growing ranks of North American farmers from Mississippi to British Columbia who are growing tea for the high-priced specialty market.

There's money to be made because more Americans are willing to pay premium prices for what they consider top quality, tea consultant Nigel Melican said in a phone interview from Bedford, England.

The specialty tea market is growing 8 to 10 percent a year, according to Peter F. Goggi's 2015 market review for the Tea Association of the U.S.A. Inc. Such teas are particularly attractive to millennials, who "find delight in the discovery of new and differentiated flavors, ethnic or new cultural offerings and craft selections," he wrote.

Melican said U.S. wages are too high to compete with overseas farmers who grow the commodity tea commonly found on grocery shelves.

For example, a 4-ounce box of 50 Lipton black tea bags can be found online for $3, while Connecticut-based Bigelow Tea sells the South Carolina-grown product at $7.95 for a box of 12 tea bags weighing less than an ounce.

Compared with some prices, that's peanuts.

Eliah Halpenny of Big Island Tea on the Mauna Loa volcano in Hawaii sells her black and green teas wholesale for about $42 an ounce. Her online retail prices work out to more than $75 an ounce.

Light of Day Organic Teas in Traverse City, Michigan, where plastic-covered "hoop houses" shelter tea plants eight months of the year, sells its home-grown white tea for $256 a pound or $32 for a 1.5-ounce tin. It takes 70,000 hand-picked leaf buds to make a pound of white tea, owner Angela Macke said.

"I don't recommend it to anyone as a commercial crop. You've got to love it," Macke said in a phone interview.

About 60 U.S. farms, with only a handful created before 2000, are growing tea, said Tygh Waters, president of the U.S. League of Tea Growers and founder of Piedmont Tea Co. in Athens, Georgia. Tea is grown in at least 15 states and the Canadian province of British Columbia. Outside of Hawaii, it generally takes about five years for plants to grow big enough to survive repeated harvests, Walters said.

A tea bag helped decide McDonald's future after the 2005 hurricane wiped out 75 percent of the pine trees on his farm of nearly 5,000 acres near Tylertown, about 40 miles from what is now his Great Mississippi Tea Company in Brookhaven, Mississippi.

On a visit to South Carolina, he was served a tea called American Classic. The message on the teabag's envelope intrigued him — this tea was home-grown.

That led him to the nation's oldest working tea farm: Charleston Tea Plantation, started by Lipton in 1963 with plants that had grown wild on a defunct farm in Summerville, South Carolina. There, McDonald learned that tea comes from Camellia sinensis, which needs high heat, acidic soil, ample rainfall and humidity. Mississippi State University researchers helped him determine what varieties might be best for Mississippi.

After an unusually cold winter killed off nearly an entire year's stock in Mississippi, McDonald began buying seeds from overseas, from places such as Nepal and Kenya. He's looking to cross cold-hardy and heat-tolerant plants to produce a hybrid that will thrive in Mississippi.

He's also planted seeds from a Hattiesburg woman named Penny, who gave him two huge plants for a promise to name some of their offspring after her. He says those seedlings are growing much faster than other varieties. Hoping for a copper-hued tea, McDonald named them "A Penny's Worth of Copper."