Kraft Heinz on Monday announced an ad campaign touting the removal of artificial colors and preservatives from its iconic Mac & Cheese. 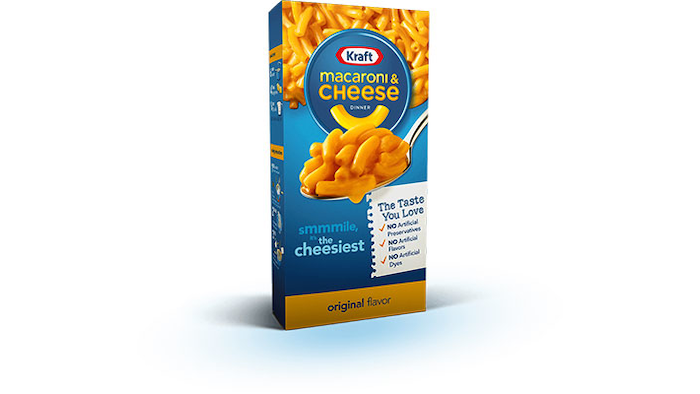 Kraft Heinz on Monday announced an ad campaign touting the removal of artificial colors and preservatives from its iconic Mac & Cheese.

The ingredient change was announced last April and took effect December, but the ads will focus on the 50 million boxes sold since the transition without noticeable pushback from consumers.

The ads, which feature former late-night talk show host Craig Kilborn, will promote the world's largest "blind taste test," which the company said showed that adults, children and dogs were unable to tell the difference between the new and old macaroni and cheese.

“We’d invite Americans to try our new recipe, but they most likely already have,” said Kraft Heinz vice president of meals Greg Guidotti.

Kraft Heinz also plans to promote the new ingredient mix -- which substituted paprika, annatto and turmeric for the yellow 5 and 6 dyes -- more prominently on its packaging.