Publix: Only Officers Should Openly Carry Guns in Stores

The new gun policy comes a week after Kroger joined Walmart, Target, and others in asking customers not to openly carry weapons in their stores. 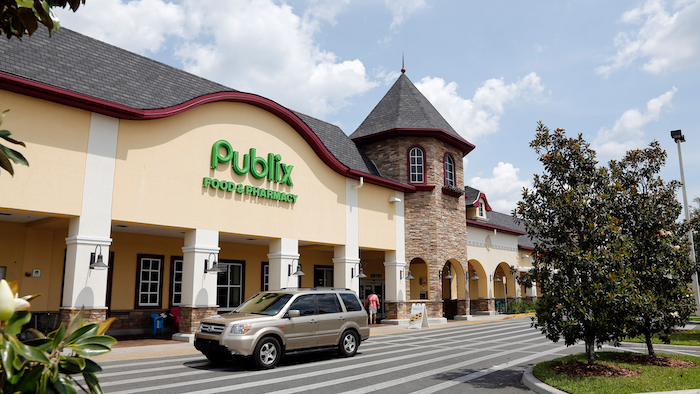 LAKELAND, Fla. (AP) — If you're carrying a gun, the Publix supermarket chain doesn't want to see it. Publix is joining a growing number of retailers in asking customers not to openly carry firearms in its stores, even if state laws allow it.

The company announced the move by email in a one-sentence statement on Wednesday, saying "Publix respectfully requests that only law enforcement officials openly carry firearms in our stores." The chain based in Lakeland, Florida, has 1,226 stores in Florida, Georgia, Alabama, South Carolina, North Carolina, Tennessee and Virginia.

Survivors of last year's massacre at Marjory Stoneman Douglas High School have criticized the company for donating to a Florida gubernatorial candidate aligned with the National Rifle Association. Publix's new gun policy comes a week after the competing Kroger grocery chain joined Walmart, Target, and other companies in asking customers not to openly carry weapons in their stores.