Vodka Made from Chernobyl's Contaminated Grain

Dubbed Atomik vodka, it's the first consumer product to be made within the exclusion zone of the nuclear reactor. 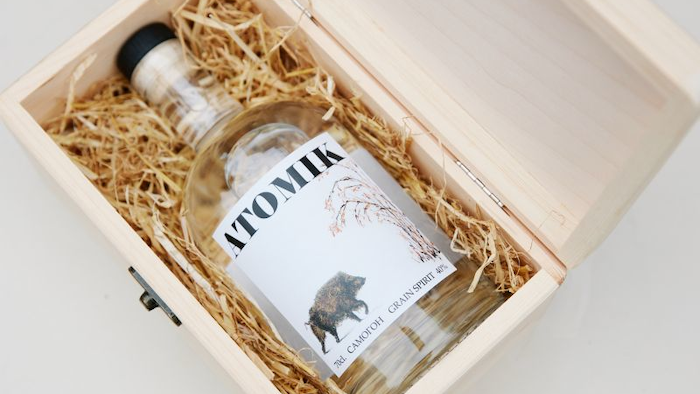 Last week a team of scientists unveiled a bottle of vodka made from water and grain grown near the site of the Chernobyl nuclear disaster. Dubbed Atomik vodka, it's the first consumer product to be made within the exclusion zone of the nuclear reactor.

Professor Jim Smith and a team of researchers from the UK and Ukraine grew rye crops in the area where public access and inhabitation is restricted due to the dangerous levels of radiation still present During testing the team found a radioactive isotope present in the grain, strontium-90, which exceeded the levels of radiation allowed in goods by Ukrainian authorities.

The vodka will be sold under the newly-created social enterprise Chernobyl Spirit Company, which will return 75 percent of its profits to the affected community. The goal is to demonstrate that this land can still be used to produce quality goods.

According to a statement from the University of Portsmouth, Atomik vodka still has some legal hurdles to clear before production can properly begin, but they are hoping to release 500 bottles this year.