The FDA and CDC analyzed traceback information to determine the likely cause of 21 illnesses and 8 hospitalizations in seven states. 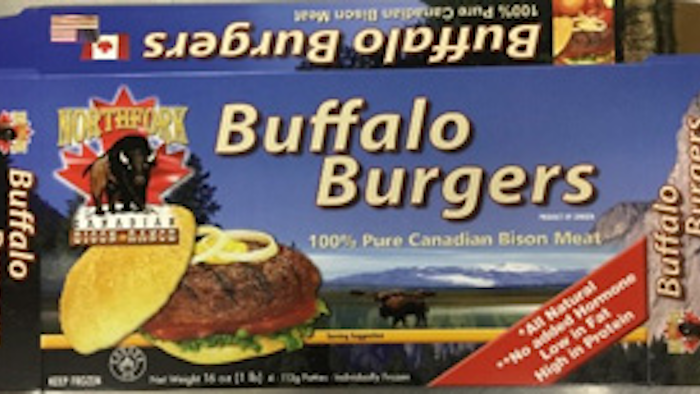 The U.S. Food and Drug Administration, along with the Centers for Disease Control and Prevention, state and local partners in the U.S., and with the support of the Canadian Food Inspection Agency, are investigating a multistate outbreak of E. coli O121 and O103 illnesses. The FDA has found that they are likely linked to ground bison supplied by Northfork Bison Distributions Inc. of Saint-Leonard, Québec, Canada.

The FDA and CDC analyzed traceback and epidemiological information to determine that ground bison supplied by Northfork Bison Distributions Inc. is the likely cause of 21 illnesses and 8 hospitalizations in seven states. As a result, Northfork Bison Distributions is voluntarily recalling its ground bison, referred to as Bison Ground, and its ground bison patties, referred to as Bison Burgers and/or Buffalo Burgers, produced between February 22 and April 30.

The investigation remains ongoing. The FDA regulates bison meat because the authority is not assigned specifically to the United States Department of Agriculture’s Food Safety and Inspection Service.