This year, even more states favored broccoli than in 2018. 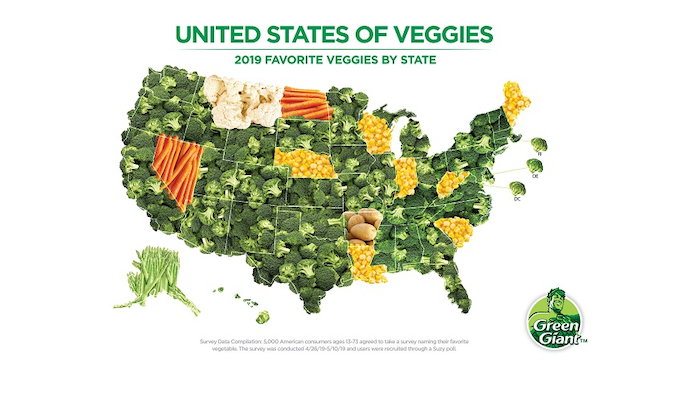 Green Giant recently announced that, according to their findings, broccoli remains America's favorite vegetable. The brand polled over 5,000 Americans in an open-ended survey timed to National Eat Your Vegetables Day, which is Monday, June 17.

This year, even more states favored broccoli than in 2018. Additional survey findings included: