The Yoovidhya family's efforts to hide assets show how easily major global financial players can routinely — and, usually, legally — move billions of dollars with little or no oversight. 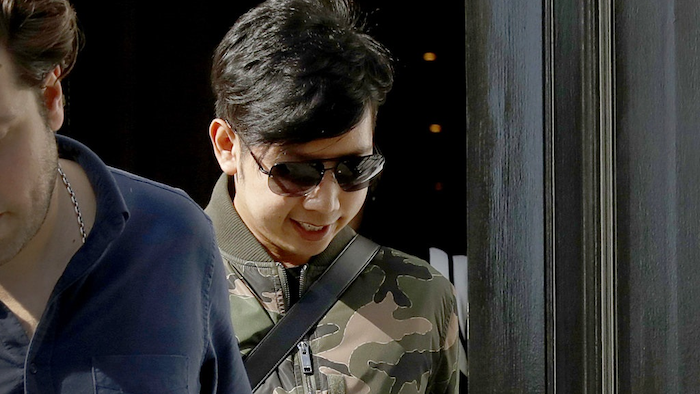 The Yoovidhya family's efforts to hide assets show how easily major global financial players can routinely — and, usually, legally — move billions of dollars with little or no oversight.

The family's confidential deals were inadvertently exposed by the jet-setting son Vorayuth "Boss" Yoovidhya, who attracted cries of impunity after repeatedly failing to show up in court for allegedly racing away in his Ferrari after slamming into a motorcycle cop in a deadly hit-and-run. More than 120 Instagram and Facebook postings by friends and family led The Associated Press earlier this year to the Yoovidhyas' London vacation home, where Vorayuth refused to comment.

Thai authorities revoked his passport and issued an arrest warrant, but say they don't know where he is.

Now the investigation into Vorayuth's whereabouts has led to the Panama Papers, a collection of 11 million secret financial documents that illustrate how the world's wealthiest families hide their money. Yoovidhya family financial arrangements are outlined in those records.

The Panama Papers leak was first obtained by the German newspaper Sudeutsche Zeitung and shared with the International Consortium of Investigative Journalists, which began publishing collaborative reports with news organizations in 2016, putting wealthy and powerful people in more than 70 countries under scrutiny.

Since then, political leaders have been thrown out of office, including Pakistan's prime minister, Nawaz Sharif, who was kicked out just last month after being accused of concealing assets exposed in the leak. Overall, an estimated $135 billion was wiped off the value of nearly 400 companies, and governments and the European Commission began cracking down on offshore tax havens. The reports won a 2017 Pulitzer Prize.

Founders of the Panamanian law firm Mossack Fonseca, which owned the leaked documents, were charged earlier this year with money-laundering.

The Yoovidhya family's network of offshore companies — set up by Mossack Fonseca — was so complex that, until now, they managed to keep the family name and Red Bull brand out of the spotlight. But the Panama Papers shared with the AP show the family has used at least a half-dozen offshore, anonymous companies in tax havens for more than two decades.

The Yoovidhyas, who share ownership of Red Bull with Austrian Dietrich Mateschitz, did not respond to repeated requests — faxed, telephoned and hand-delivered — for comment. Red Bull said in a statement that Vorayuth's legal situation "is not a matter for Red Bull and only concerns the Yoovidhya family." A spokesman also said that, as a private company, Red Bull doesn't speak publicly about financial and commercial matters.

Experts agree that tax avoidance manuevers involving offshore companies are permissible and ubiquitous worldwide, including among many of Thailand's richest families. Shell companies can facilitate shared ownership between different countries.

There's no indication the Yoovidhya family's accounts violated any laws, but the extremely confidential deals also can be used to evade taxes or launder money.

Days after the 32-year-old Vorayuth's attorney told a Bangkok court his client couldn't show up because he was on a mission in the United Kingdom, an AP reporter called out questions to the Red Bull heir on his London doorstep:

"What is your mission in the UK, Boss? What are you doing here? Are you going to Thailand to meet with prosecutors?"

Smiling slightly, eyes averted, Vorayuth gave no answer. Hours later, he and his parents hurried with suitcases out of the home where the clan has celebrated anniversaries and family dinners for years. That was in April, the last time Vorayuth was seen in public.

The five-story, brick home is the address Vorayuth's father, Chalerm Yoovidhya, gave when incorporating Thai Siam Winery Ltd. in the U.K. in 2002, and that his mother, Daranee Yoovidhya, used when opening a food related business there in 2006.

But the listed owner of the home, and at least four other multimillion-dollar properties in London, isn't the Yoovidhyas — it's Karnforth Investments Ltd., a company incorporated in the British Virgin Islands, according to the Panama Papers.

Even though the Yoovidhyas and Mateschitz own Red Bull, the main shareholder of the energy drink's United Kingdom business is another British Virgin Islands company called Jerrard Company Ltd.

Here's where it gets complicated:

Karnforth has just one shareholder: Jerrard. And Jerrard is held by a third offshore company, which controls a fourth, JK Fly. Who owns JK Fly? Karnforth.

For years, money has flowed back and forth between the various entities, the documents show.

For example, in 2005, Jerrard loaned Karnforth $6.5 million to buy two London properties. In 2012, Jerrard canceled the mortgages, giving Karnforth ownership of the properties. Since 2010, JK Fly has owed Karnforth, its sole shareholder, about $14 million in an interest-free loan to purchase aircraft.

Business transactions that are deliberately obscured might look suspicious, but the Yoovidhya family might just be using established and legal tax-avoidance arrangements, financial experts told the AP.

What matters, Sharman said, is that the agents moving the money know who the true owners are.

And that has not always happened, the Panama Papers show.

In 2010, and again in 2013, the papers show that auditors at Mossack Fonseca's head offices in Panama raised concerns about the Yoovidhya companies Karnforth and Jerrard. Documents verifying the true owners were missing.

"Failure to keep such files up to date will result in high administrative and statutory fines," Mossack Fonseca auditors told the U.K.-based corporate services agent handling their accounts. AP could not determine whether full documentation was ever provided.

In an unrelated case, when Mossack Fonseca's Panama office asked their own agent in Thailand to provide due diligence on a prominent Bangkok billionaire, he flat-out refused, the documents show.

"This is a CROCK. Any rich person here knows someone or is related to someone in politics," Steve Wagner in Bangkok's Mossack Fonseca office wrote when asked to supply certified passport copies, names of the ultimate beneficial owners, bank reference letters and more.

"We have provided all due diligence on our clients and we are no (sic) going to anger our best clients by these witch hunts and investigative internet searches that are going on in the back offices of Panama," he wrote.

Wagner did not respond to AP's requests for comment.

While other governments were swift and aggressive in responding to Panama Papers revelations, that has not been the case in Thailand. More than 1,400 Thai individuals were identified in the documents, but the government calls the reports rumors with no evidence.

Last year, Thailand's Anti-Money Laundering Office said it was investigating more than a dozen of those individuals — unnamed current and former politicians and business people. To date, that office has not reported any crimes, however, and it would not answer AP's questions.

Viraphong would not speak directly about the Yoovidhyas or any other Thai person or company, saying he feared for his legal and physical safety, but added that his expectations for accountability in the military-run government are low.

Thai authorities have vowed to fight corruption, but "wealthy people in Thailand are influential people," Viraphong said. "Maybe the government can't untangle such a complicated network."

Thai laws also are filled with loopholes, said Sumaporn Manason, a legal expert at the Thai Ministry of Finance.

The country doesn't meet basic international frameworks to combat money-laundering and terrorist financing, she said. And tax avoidance — that is, keeping money anonymously in offshore accounts — is legal and common.

"Here we call it tax planning," she said.

As a result, she said, Thailand misses out on much-needed revenues that could build bridges, highways and schools.

Vorayuth's 2012 Ferrari accident, in which he dragged police Sgt. Maj. Wichean Glanprasert and his motorcycle along the road and then sped away from the mangled body, has raised concerns about impunity and the Red Bull brand from around the world.

For more than four years, Vorayuth repeatedly failed to show up when ordered to face criminal charges of speeding, hit-and-run, and deadly, reckless driving.

"It seems money can buy anything in Thailand, including the justice system," said Time.com.

Police say Vorayuth disputes the reckless-driving charge, claiming the officer swerved in front of him. The speeding charge expired after a year. The more serious charge of hit-and-run, which police say carries a penalty of up to six months in jail, expires Sept. 3 if he isn't apprehended.

Authorities didn't issue an arrest warrant until earlier this year, after AP tracked Vorayuth down to report that, since the accident, he has flown around the world on Red Bull jets, openly cheering his family's Formula One racing team and enjoying luxury resort vacations.

The arrest warrant may have cramped his lifestyle — he's no longer seen hanging out with Team Red Bull at Grand Prix races, and his friends and family stopped posting pictures of him at their parties. But the biggest impact from Vorayuth's accident and courtroom no-shows may, in the end, be the clues he left that now expose his family's confidential and complex offshore deals.

On the face of it, nothing illegal is taking place, said City University London professor Ronen Palan, who researches how the world's riches pass through tax havens.

"But this whole thing smacks of tax avoidance," Palan said. "At the very least."

Which Companies Pay the Least in Taxes?

Red Bull Stunt Will Have Pilots Switch Planes in Mid-Air