The processing plant was still burning on Wednesday. 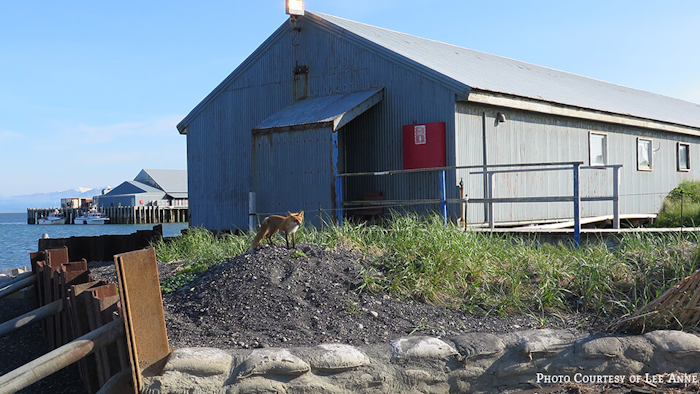 A remote salmon processing plant operated by Seattle-based Peter Pan Seafoods near Alaska's Aleutian Islands has been heavily damaged by a fire that was still burning Wednesday.

The company released a statement on its Facebook page:

A fire broke out at the Peter Pan Seafoods, Inc. Port Moller salmon processing facility around midnight August 16th, 2017. All crew and personnel are reported safe and uninjured. Damage from the fire is extensive enough to halt operations for the remainder of the 2017 season.

Bob Murphy, a state Fish and Game fisheries biologist assigned to the area for the summer fishing season, said the blaze broke out Tuesday night and continued to burn as of Wednesday afternoon. Plant workers used water lines and hoses to fight the fire, and fishing crews also have been using their vessel hoses to squirt water at the blaze, he said.

The plant offices, the processing section and the facility's large freezer were destroyed, Murphy said. Still standing are housing quarters for about 150 workers, the egg processing house and part of the dock.

The area has limited phone service and limited electricity, with a winter generator powering part of the plant, Murphy said. His office has its own backup generator. There also is currently no running water, he said.

The blaze has likely ended the season in that area a few weeks early, Murphy said. The immediate plan is to take unloaded fish to another Peter Pan plant at King Cove about 100 miles away, he said.

A cause of the fire was not immediately known, he said.

Port Moller, 550 miles southwest of Anchorage, is an unincorporated area on the Alaska Peninsula. The plant and Fish and Game office form the only presence there.