The producer of Fireball Cinnamon Whiskey, who is reconsidering a $1M expansion in the state, fought against the prohibition of 50-milliliter bottles. 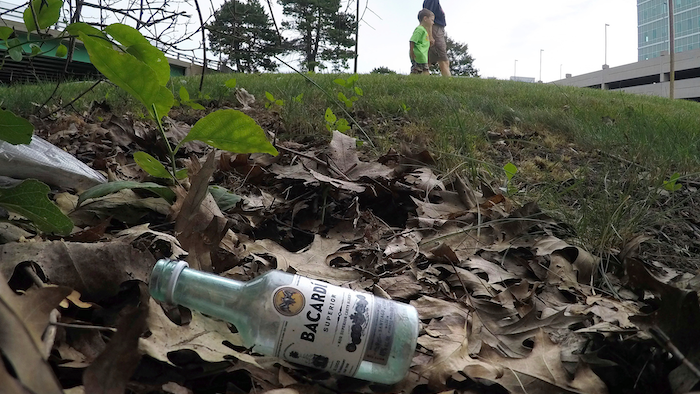 "Prohibition did not work in 1919," said Mark Brown, CEO and president of Sazerac.

The fight began when LePage unsuccessfully opposed a Democrat's amended bill to reduce littering by adding a five-cent bottle deposit to the tiny liquor bottles. LePage first said the bill would increase state redemption costs and later said it didn't do enough to combat drunken driving.

After lawmakers overrode his veto, the governor then followed through on a promise to take steps to remove miniature booze bottles from Maine's liquor market. "Gov. LePage believes 50-milliliter (bottles) make it much easier for drinking and driving," said LePage senior policy adviser Aaron Chadbourne on Tuesday.

Bureau of Alcoholic Beverages and Lottery Operations Director Gregory Mineo said his agency never said that rising 50-milliliter alcohol bottles sales were the reason for a slight uptick in all OUI charges in recent years. Rather, he said it appears there was a "distinct and obvious" correlation between the issues, though he didn't provide a breakdown for OUI charges for alcohol and other drugs.

"We will take a hard look," Mineo said, when asked if the agency will further study the issue. The Department of Public Safety didn't immediately respond to request for comment on any such link Tuesday.