Businessman Harold Honickman said Thursday he could file a lawsuit as soon as this weekend and would "love to start a case tomorrow." 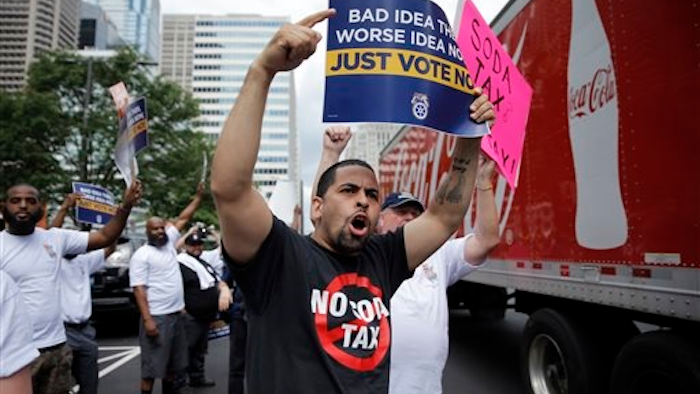 Businessman Harold Honickman said Thursday he could file a lawsuit as soon as this weekend and would "love to start a case tomorrow."

The City Council has approved a 1.5 cent-per-ounce tax on sugary and diet beverages.

Honickman says he thinks sales will go down and jobs will be lost. He says the city could have financed its planned slate of programs from "so much money lying around" instead of a soda tax. The beverage industry spent millions of dollars fighting the tax proposal.

The tax will be levied on distributors. If they pass it entirely on to consumers, a six-pack of 16-ounce bottles would go up $1.44.