There's never been a better or easier time to go meatless.

In March 0f 2015, I tried going vegetarian for a month. My meat consumption at the time was already sparse, and my wife had been vegetarian for four years at that point, so it made sense to give it a try. It was meant to be a temporary personal challenge. But once I started, I never looked back, and I’ve now been full-time vegetarian for five-plus years.

In that time, I’ve seen an explosion of options for vegetarian diets. When I started, going out to east meant being very selective about choosing an eatery that had good meatless options. Beyond Meat was still in its infancy, selling less than $9 million worth of product that year, and Impossible Foods was still a year away from piloting its Impossible Burger to the public.

Now, we have Impossible Whoppers at Burger King and Beyond Fried Chicken at KFC. The signature burger product of both Impossible Foods and Beyond Meat has rapidly spread to thousands of food retailers across the US, along with thousands of grocers. Starbucks said June 23 that it now offers Impossible sausage for breakfast sandwiches at most of the coffee chain's US locations.

I’m a big fan of both plant-based meat companies. I find Impossible’s burger to be the better of the two by far, while Beyond’s sausage functions as the best meatless bratwurst I know of. I’m thrilled to now be able to cook both products at home or take them tailgating.

Earlier this month, Impossible Foods launched a direct-to-consumer e-commerce website that lets consumers buy at least $49 worth of products online and have them shipped to their doorstep. I'll certainly be taking advantage of this.

A report released in May by the Good Food Institute — a nonprofit that promotes plant-based alternatives to meat, dairy and eggs — showed that investment in alternative protein — which encompasses plant-based and cell-based totaled a record $930 million in the first quarter of 2020. That exceeds $824 million in investment the segment received in all of 2019, and by 11 percent.

Sure, GFI is naturally going to be biased in favor of meatless meat, but it’s undeniable that many food producers are getting into the plant-based protein market — including some few would’ve expected just a decade. Tyson Foods invested a 5 percent state in Beyond Meat in 2016 and eventually 6.5 percent before selling it all a week before Beyond’s initial public offering in May of last year. Two months later, Tyson launched its own Raised & Rooted brand of plant-based and blended products, at the time making it the largest US meat producer to enter the alternative protein segment with its own products.

It’s also not just vegetarians that are buying these products.

“The acceptance level has risen due to the broad exposure of plant-based burgers in retail and fast food operations,” Before the Butcher founder and president Danny O’Malley told me in early May. His company makes plant-based burgers, chucks & tips, grounds & crumbles and shreds sold in Kroger and Albertsons-operated stores. “You don’t have to go far to find a product that does a really good job of mimicking the look, texture and taste of animal proteins. It’s not just vegans or vegetarians that are purchasing these products, many consumers are meat-eaters.”

Even outside of plant-based protein, many restaurants are boosting their amount of meatless meals. When I first became vegetarian, a salad was often my only option at many sit-down eateries. And while helping my chances by avoiding steakhouses, it’s now rare that any restaurant I visit doesn’t have at least one meatless entree that’s not a salad.

Tofu and seitan have been great and popular plant-based substitutes for meat in the US for decades, but the sudden rise of plant-based meat allows vegetarians to eat American diet staples like burgers and sausage without having to substantially sacrifice taste or texture, if at all. They no longer have to feel like the odd-person-out in social settings when it comes to eating those kinds of food items, or at least not nearly as often as just five years ago.

This rapid rise in meatless meat almost makes me feel guilty when I compare myself to those who became vegetarian well before me, back when the options were far fewer than today. I commend anyone who stuck it out during the pre-2010 days. At the same time, it gives me optimism that more and more consumers will try out meatless options in at least some capacity. Whether for animal welfare, environmentalism, health, curiosity or your own one-month challenge, there’s never been a better and easier time to give a vegetarianism a try. 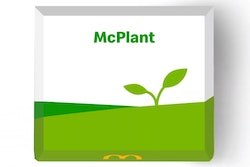 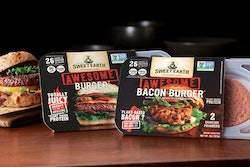 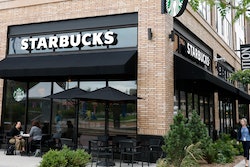