Q&A: How Has the Pandemic Impacted Plant-Based Meat?

While COVID-19's impacts on the meat supply chain have been well-documented, how has it affected the rapidly-growing plant-based meat industry?

Mike Hockett
Before the Butcher's "family" of plant-based meat patties, which include beef, chicken, turkey and breakfast sausage varieties.

The supply chain and safety issues impacting the meat industry have been well documented in recent weeks. Major beef, pork and poultry processing plants were temporarily shut down between late March and throughout April, leading to lasting effects of meat shortages in grocery stores in early May. And even with President Trump’s executive order signed April 28 compelling meat plants to remain open, factory shutdowns have since still happened amid outbreaks of COVID-19 among employees.

Despite a drop in sales toward the end of March due to restaurant closures, top plant-based meat brands are still expanding. Beyond Meat reported Thursday that its first quarter revenue increased 141 percent year-over-year and the company turned a $1.8 profit compared to a $6.6 million net loss a year earlier. Impossible Foods announced Tuesday that due to demand from home chefs, its popular Impossible Burger product is now available at 1,700 Kroger-owned grocery stores, expanding on the 1,000 grocers the product initially rolled out to in mid-April.

To gain more insight into COVID-19’s impacts on the plant-based meat industry, Food Manufacturing chatted with Danny O’Malley, founder and president of San Diego-based Before the Butcher. Founded in 2017, the company makes plant-based burgers, chucks & tips, grounds & crumbles and shreds sold in Kroger and Albertsons-operated stores.

Food Manufacturing: What positive effects, if any, has Before the Butcher seen amid the supply chain issues in the meat industry? Has there been an uptick in business?

Danny O’Malley: We are seeing encouraging growth on the retail side of the business as opposed to foodservice where the opportunities slowed down dramatically over the past 6 weeks.

DO: We have not run into any supply or capacity issues, so far. As the industry continues to adapt and evolve, we may find ourselves challenged by the same restraints as the meat producers.

FM: In the food industry, the rise of plant-based foods was already prominent before COVID-19. Given plant-based meat's lack of exposure to supply chains that can be volatile like beef/poultry/pork, how much of a benefit, if any, do you think the plant-based meat industry is getting from the pandemic?

DO: I believe we will continue to grow exponentially as we were prior to the current crisis. There will be some adjustments that will need to be made to accommodate changing policies and procedures, but the future looks bright for plant-based proteins.

DO: The acceptance level has risen due to the broad exposure of plant-based burgers in retail and fast food operations. You don’t have to go far to find a product that does a really good job of mimicking the look, texture and taste of animal proteins. It’s not just vegans or vegetarians that are purchasing these products, many consumers are meat eaters. The greatest set-back for plant-based meats right now is the mass closure of restaurants across the country. As those restaurants re-open I expect another resurgence in plant-based meat interest.

FM: More and more grocery stores are expanding their plant-based meats section. Do you see that expansion continuing for a while, or might there be a plateau effect in the near future?

DO: I see the expansion and selection of plant-based meats continuing into the near future as grocery stores open up more space for plant-based to meet the increasing demand from the consumer. 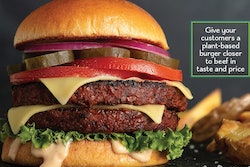 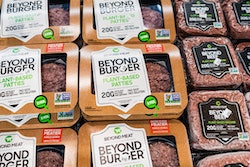 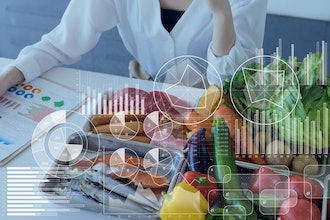