In recent years, more and more studies are finding how animals are conscious of their diets, supplementing it with antioxidants. Following these animals could help us understand how early humans found nutritious foods and how that helped us evolve our senses. 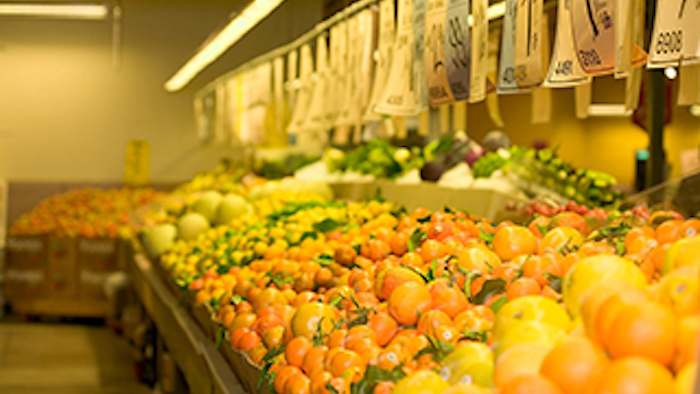 The next time you start loading up on food rich in antioxidants at the grocery store, know that you are not alone in the animal world. Other animals such as birds and fruit flies are health conscious too, and make healthy choices about their food. In fact, according to new research from the Max Planck Institute of Chemical Ecology, fruit flies are drawn to rotting bananas by the enticing smell of antioxidants.

Antioxidants are micro-nutrients, especially present in fruits and vegetables, which help our body to combat harmful oxygen-containing molecules such as free radicals. These free radicals are created daily as a result of normal bodily activities, such as breathing or physical activity, and build up because of stress or lifestyle choices including diet and smoking. Once these free radicals build up, they start to damage proteins, DNA and lipids in our cells. This harmful effect is referred to as “oxidative stress.”

Oxidative stress can damage cells beyond repair, and is a source of inflammation. Humans and mice become particularly susceptible to cardiovascular diseases and cancer because of it. Simpler animals like flies die faster on accumulating too much oxidative stress because of cold, eating environmental toxins or being infected by disease-causing microorganisms.

In fact, one of the theories of ageing states that cells and organisms die after piling up oxidative stress. Ramping up antioxidants that neutralize free radicals saves flies from early death.

One way of knowing whether food contains antioxidants is by looking at their color. Antioxidants such as beta-carotene, lycopene and anthocyanins give fruits and vegetables their typical orange, red or blue color. And we humans are not the only ones who have noticed this fact. A previous study found that birds like to gorge on fruits rich in antioxidants before going on long flights. They do that by picking out darker fruits that are likely to have more antioxidants.

A new study from Max Planck Institute of Chemical Ecology, published in Current Biology, shows that invertebrates such as fruit flies can detect antioxidants by their smell. Not only are these short-lived animals detecting micro-nutrients instead of the regular energy-rich or protein-rich food, but it seems that they are smelling the antioxidants instead of using visual cues in the way that we do.

They found that fruit flies were drawn to rotting bananas because of their antioxidant content. Bananas are rich in a particular kind of antioxidant molecules called hydroxycinnamic acids (HCAs). The family of HCAs contain molecules are also found in other fruits such as blueberries.

Feeding on HCAs helps the fly survive longer if poisoned with a chemical called paraquat. Paraquat kills the flies by generating too much oxidative stress.

The researchers identified the specific smell sensing neurons dedicated to smelling the ethylphenols in the nose-like organs of the fruit flies. The organ helps the flies to check the quality of their food and smell other odors.

In recent years, more and more studies are finding how animals are conscious of their diets, supplementing it with antioxidants. Following these animals could help us understand how early humans found nutritious foods and how that helped us evolve our senses.

Courtesy of The Conversation.

The technique is faster and more easily controlled than conventional methods.
Apr 27th, 2022
Follow Us
Most Recent