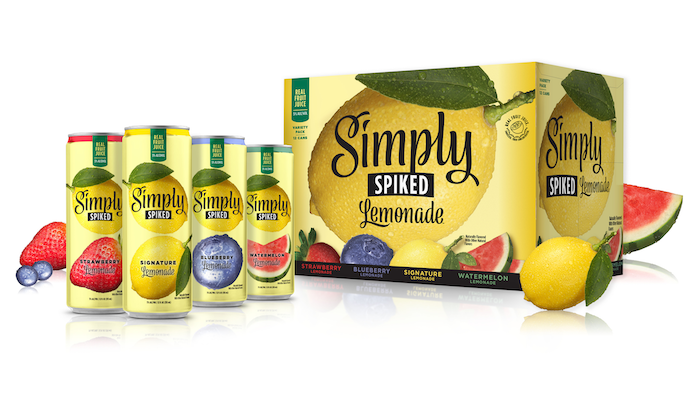 CHICAGO — Molson Coors Beverage Company has expanded its exclusive agreement with The Coca-Cola Company to develop and commercialize a brand of full-flavor alcohol beverages inspired by the country’s No.1 chilled juice brand, Simply. The deal marks another milestone in the relationship between Molson Coors and The Coca-Cola Company, following a successful first year for Topo Chico Hard Seltzer.

“Over the past two years, we’ve seen success by shaking up existing categories with new brands that have clear, compelling points of difference, like Coca-Cola's Topo Chico Hard Seltzer, Vizzy Hard Seltzer and ZOA Energy Drink,” said Michelle St. Jacques, Molson Coors’ Chief Marketing Officer. “Now, we have a huge opportunity to leverage the power of Simply – a brand known for real juice and big flavor – to disrupt the full-flavor alcohol segment in a way that’s never been done before.”

As The Coca-Cola Company’s second-largest U.S. brand in terms of net revenue after Coca-Cola, Simply is a $1 billion+ and growing brand. Simply can be found in 1 of every 2 American households and is famous for its high-quality juices. The bold, great-tasting flavors of the Simply brand mix seamlessly with alcohol for cocktails, which inspired the ready-to-drink lineup.

“The Coca-Cola Company and Molson Coors have a thriving relationship in North America. The proof is in the success of Topo Chico Hard Seltzer’s national expansion and the introduction of Topo Chico Ranch Water Hard Seltzer,” said Dan White, Chief of New Revenue Streams, Coca-Cola North America Operating Unit. “With this momentum, we are excited to expand our relationship with products inspired by another one of our most valuable brands: Simply. We believe people will be excited to try this delicious beverage when it arrives on shelves later this year.”

Simply Spiked Lemonade will be sold in slim-can 12pks as a variety pack, and 24oz standalone cans of select flavors. Learn more at molsoncoors.com/drinksimplyspiked

Molson Coors Beverage Company will produce, distribute and market Simply Spiked Lemonade as part of an agreement with The Coca-Cola Company.