Find out who will succeed Paulo Basilio when he steps down on March 1 in a planned transition.

PITTSBURGH & CHICAGO —The Kraft Heinz Company announced Jan. 21 the appointment of Andre Maciel as Executive Vice President and Global Chief Financial Officer, effective March 2, 2022. Maciel will succeed Paulo Basilio, who will step down on March 1, 2022, as part of a planned transition and will remain with the company as a strategic advisor through August 2022. Basilio remains a partner at 3G Capital. Additionally, Yang Xu will move to Senior Vice President, Global Head of Corporate Development. These transitions happen at a moment of strength for the company, as Kraft Heinz enters the next phase of its transformation.

Basilio has been with the Company since 2013, serving two terms as CFO and in between as the President of the U.S. Zone. The Company accepted his request to step down from the Global CFO role on Jan. 19, 2022.

“I have had the tremendous pleasure to work with Paulo since 2019,” said Miguel Patricio, Chief Executive Officer at Kraft Heinz. “I look back over these years in amazement on everything that the company has been able to accomplish. Paulo has been a critical part of our success. He executed an ambitious acquisitions and divestitures strategy and debt reduction plan. He drove the development of the company’s five-year strategic plan. He oversaw our return to sustained Organic Net Sales and profitability growth and the strengthening of our internal controls. I could go on and on.”

For the next six months, Basilio will continue in an advisory role at Kraft Heinz, supporting Maciel during his transition.

“One of Paulo’s greatest accomplishments was in developing key talent within the Finance team, including Andre Maciel, the individual I selected to be his successor,” continued Patricio. “Andre’s combination of business and finance experience makes him a trusted leader. His most recent work on digital transformation sets the foundation for our company’s future. I look forward to his partnership in building on our momentum and continuing our focus on long-term profitable growth.”

Maciel has been with Kraft Heinz since 2013 and has held several leadership roles, including VP of Global Financial Planning and Analysis for the H.J. Heinz Company. He was also Managing Director of Continental Europe responsible for the Kraft Heinz business in Austria, France, Germany, Italy, Portugal, Spain, and Switzerland, and his current position of SVP, U.S. CFO and Head of Digital Transformation. Maciel holds a bachelor’s degree in Industrial Engineering from Universidade de São Paulo as well as an MBA from INSEAD.

Xu has been with Kraft Heinz since 2018 in various finance leadership positions and is based in Amsterdam. Prior to Kraft Heinz, she served as Senior Director, Corporate Treasury & Risk Management, USA at the Whirlpool Corporation as well as Director of M&A Integration, Sales and Marketing at Whirlpool China. Xu also worked as an M&A Analyst at GE Healthcare, EMEA. Xu holds an MBA in Management from HEC Paris and London Business School.

“It has been an honor to serve Kraft Heinz during the last nine years and a privilege to work alongside our leadership team,” said Basilio. “I am proud of the strong Finance team we have built and am confident in the leadership and expertise Andre and Yang bring to continue our journey to deliver the next leg of our transformation.”

Kraft Heinz announced Jan. 19 that it has completed its acquisition of an 85% stake in Germany-based Just Spices GmbH. The remaining 15% ownership stake has been retained by Just Spices’ three founders, who will continue on with the company and focus on driving the business and its international growth. The proposed deal was first announced on Dec. 10, 2021.

Launched in 2014, Just Spices is an innovative start-up, trailblazing the high-growth taste elevation category with annual sales of approximately €60 million. Its 170-plus product portfolio includes spice blends, salad dressings, easy-to-prepare “In Minutes” blends, and organic offerings for diverse meal occasions ranging from breakfast and light snacks to salads and baking, with a broad range of savory, sweet, classic, and exotic flavors. Just Spices’ growing business sells approximately 70% of its ready-made and one-step spice blends directly to consumers, with its remaining sales through major grocery retailers both in-store and online in Germany, Spain, Austria, and Switzerland.

“In 2021, we announced four acquisitions to further accelerate our growth agenda and our ambition to be No. 1 in taste elevation around the world,” said Rafael Oliveira, EVP & President, International Markets at Kraft Heinz. “These include our acquisition of a majority stake in Just Spices, along with our intention to acquire a majority stake of the outstanding equity interests in Brazilian food company Hemmer, our investment in BR Spices in Brazil, and our acquisition of Assan Foods in Turkey. With Just Spices, we will leverage Kraft Heinz’s scale and agility to accelerate the business in the fast-growing taste elevation market beyond the company’s current German base and its recent market entries in Spain, Austria, and Switzerland. We also see tremendous potential to further strengthen and enhance Kraft Heinz’s own direct-to-consumer operations and go-to-market expansion.”

“We are extremely excited by the expansion opportunity that comes from combining Just Spices’ innovation and brand power with the Kraft Heinz team and the scale and knowledge of international markets they bring to the table,” said Florian Falk, Just Spices CEO and one of the company’s three founders. 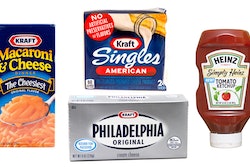