He says that if inflation does not abate, the Fed is ready to use its tools to lower the pressure on prices. 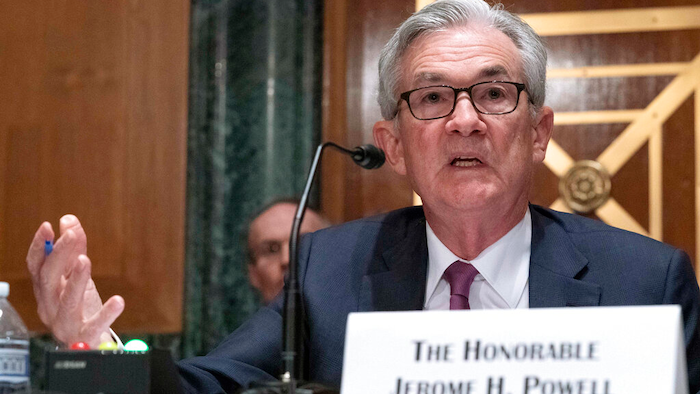 WASHINGTON (AP) — Federal Reserve Chairman Jerome Powell is preparing to tell Congress that the current spike in U.S. inflation has proven to be larger and more long-lasting than expected.

But, in remarks prepared for delivery Tuesday, he says that if inflation does not abate, the Fed is ready to use its tools to lower the pressure on prices.

Powell is due to appear Tuesday with Treasury Secretary Janet Yellen at an oversight hearing on the government's massive support programs passed to deal with the COVID pandemic. The Fed made Powell’s remarks public late Monday.

“As the economy continues to reopen and spending rebounds, we are seeing upward pressure on prices, particularly due to supply bottlenecks in some sectors," Powell says in his prepared remarks. “These effects have been larger and longer lasting than anticipated, but they will abate, and as they do, inflation is expected to drop back toward our longer-run goal 2% goal.”

Powell is expected to face tough questions about inflation, especially from Republican lawmakers, who are warning that the country could be seeing the type of runaway inflation not seen since the 1970s.

Consumer prices in recent months have been posting 12-month gains as high as 5.4%, a rate not seen since 2008.

Powell said that the unprecedented process of reopening the economy after the COVID shutdowns has resulted in a number of problems that could continue in coming months.

“As reopening continues, bottlenecks, hiring difficulties and other constraints could again prove to be greater and more enduring than anticipated, posing upside risks to inflation,” Powell said.

But he said, “If sustained higher inflation were to become a serious concern, we would certainly respond and use our tools to ensure that inflation runs at levels that are consistent with our goals.”

The Fed uses its powers over interest rates, cutting rates when the economy is weakening and raising them when growth is too strong and triggering unwanted inflation.

At its meeting last week, the Fed left its benchmark policy rate at an historic low of zero to 0.25%. But the central bank did indicate it is getting closer to starting to withdraw some of the support it has been providing in the form of purchasing $120 billion a month in bonds to keep downward pressure on long-term rates.

Many economists expect the Fed will announce at its next meeting in November a plan to trim, or taper, those purchases with a goal of eliminating them entirely by the middle of next year.