Coke has been decimated by the closure of arenas, restaurants, theaters and other public places. 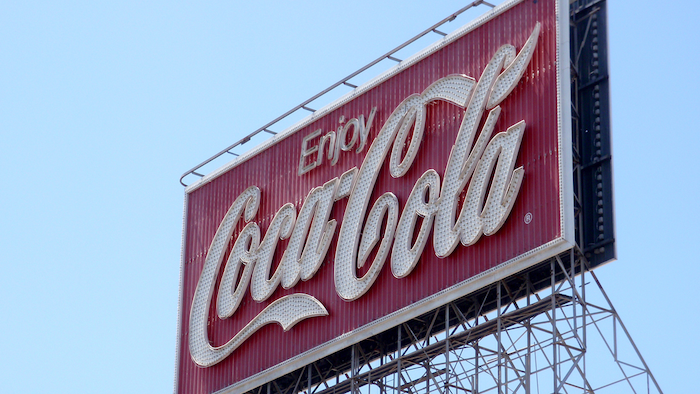 Coca-Cola measured gradual improvement in the third quarter as it focused on emerging leaner from the global pandemic.

Revenue fell 9% to $8.7 billion, topping Wall Street expectations of $8.4 billion, according to analysts polled by FactSet. It was far better than the 28% drop in revenue in the second quarter.

Coke has been decimated with the closure of arenas, restaurants, theaters and other public places where it books about half of its revenue. Soda fountains at such venues normally make up 30% of Coke's U.S. sales, for example.

The company has been making up for some of that damage as people buy more beverages, like orange juice, at home.

So far this month, sales based on unit cases are seeing single-digit declines compared to last year; in April, those sales were down 25%.

Coke cautioned that some markets are doing better than others. The company saw sales improve in India, Brazil and Japan in the third quarter, for example, but Mexico's recovery has been below expectations. In the U.S., sales at convenience stores ticked upward after a slump.

“It is not a straight line recovery around the world," Coke Chairman and CEO James Quincey said in a conference call with investors. “We are prepared for setbacks due to the local spikes in cases and targeted restrictions and closures."

Coke has withdrawn financial guidance and said it will talk more about its expectations for 2021 when it reports fourth-quarter earnings. But Chief Financial Officer John Murphy said Coke is confident it will recover faster than the broader economy because of its ongoing corporate reorganization.

Quincey said the pandemic was a “catalyst for change" at Coke, which is cutting slow-selling brands and reducing the number of business segments from 17 to nine.

“We’ve been challenging legacy ways of doing business and the pandemic helped us realize we could be bolder in our efforts,” Quincey said.

In August, the company began offering voluntary buyouts to around 4,000 people, which it hopes will reduce the number of people it eventually lays off. Quincey said that program is nearly finished, and Coke hopes to complete any additional job actions by year-end.

Eventually, Coke plans to reduce its brands by half, to 200. Quincey said there is no specific profit target for the actions. The company simply wants to devote fewer resources and shelf space to products that aren't performing well.

“We’ll sunset it when rational hope is no longer there," he said.

Coke said it will use the savings to invest in growing brands like Minute Maid and Simply juices and fund the launch of new products like Topo Chico Hard Seltzer, Coca-Cola Energy and Aha sparkling water.

Topo Chico Hard Seltzer — a boozy version of a popular Mexican mineral water — is a rare foray into alcohol for Coke. Right now, the company sells only one other alcoholic drink: Lemon-Do, which is sold in Japan.

The simple and cost-effective approach enables continuous oil separation, removal and collection and facilitates its sale.
Feb 22nd, 2021
Follow Us
Most Recent