Prices jumped 21.4% over a year, adding to pressure on communist leaders who are trying to revive economic activity. 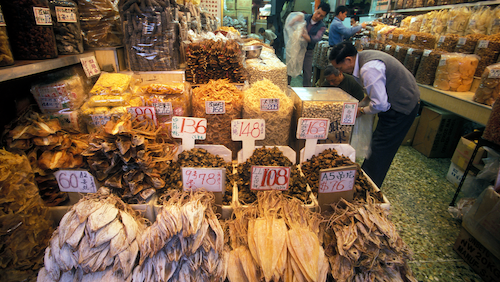 BEIJING (AP) — China's food prices jumped 21.4% over a year earlier in February as anti-virus efforts disrupted supplies, adding to pressure on communist leaders who are trying to revive economic activity.

Overall consumer prices rose 5.2% over a year ago, down from January's eight-year high of 5.4% but well above the ruling Communist Party's traditional annual target, government data showed Tuesday.

Pork prices, which have more than doubled over the past year due to an outbreak of African swine fever that disrupted supplies, rose by 9.3% compared with January. The government reported no year-on-year price increase.

The price of fresh vegetables rose 9.5% over a year ago.

The government has yet to announce this year's inflation target, but in previous years it has tried to keep consumer price increases below 3%.

Food prices spiked after panic buying in January sparked by the suspension of most access to Wuhan, the city at the center of the coronavirus outbreak. The government announced a crackdown on hoarding and price gouging.

Travel and other controls disrupted shipments of food to crowded Chinese cities and animal feed to farmers. That left supermarket shelves temporarily depleted and depressed the flow of poultry and livestock to slaughterhouses.

The coronavirus hit as Chinese leaders were struggling to rebuild the country's pork industry following the outbreak of African swine fever, which killed or prompted authorities to destroy more than 1 million animals. Farmers allowed herds to dwindle.

The government is promising farmers subsidies and other aid, but industry analysts say China's pig herd won't return to normal size until next year.

The unrest called attention to mounting discontent among low-wage workers who are on the front lines of the pandemic.
Alexandra Olson
Mae Anderson
Mar 31st, 2020

The ruling Communist Party is trying to revive the world’s second-largest economy after declaring victory over the coronavirus.
Associated Press
Mar 31st, 2020

Trying to steer a path between their love of bread and beating the virus, some in France are now buying baguettes by the armful and freezing them.
John Leicester
Mar 30th, 2020

Diegeo to Have New NA President on July 1

How to Spend Your Government Check

While you'll have to wait for whatever money you might be eligible for, now is the time to prep your finances and plan.
Sean Pyles
Mar 30th, 2020

They're combining their key ingredient — ethanol, which kills germs — with aloe vera or other chemicals to make hand sanitizer.
Associated Press
Mar 30th, 2020