The new flavors — tangerine, watermelon and lemon — are the first to join the brand's lineup in more than 16 months. 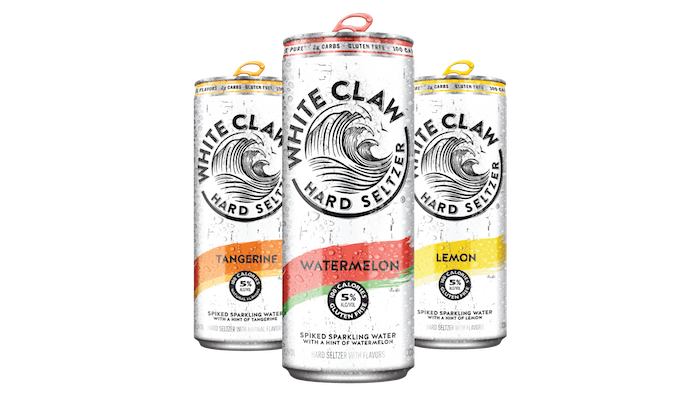 Mark Anthony Brands-owned White Claw — which had about 60 percent of the US hard seltzer market as of September — made a major announcement on Thursday in the form of three new flavors. That increases the brand’s offering by 50 percent since it only had six flavors since its 2016 launch.

The three new flavors — tangerine, watermelon and lemon — are the first to join White Claw’s lineup in more than 16 months, and the timing appears to coincide with spring approaching. The new trio joins the brand’s mango flavor in a new 12-pack variety pack available now at retailers nationwide.

“It takes time to perfect a liquid worthy to bear the White Claw name," said Phil Rosse, president of White Claw Seltzer Works. "In the last year, tens and thousands of eager and passionate consumers took to social media requesting new flavors, and we listened."