Losses are mounting as insurgent groups pressure pickers, traders and drivers to shun the industry to protest an Indian government crackdown. 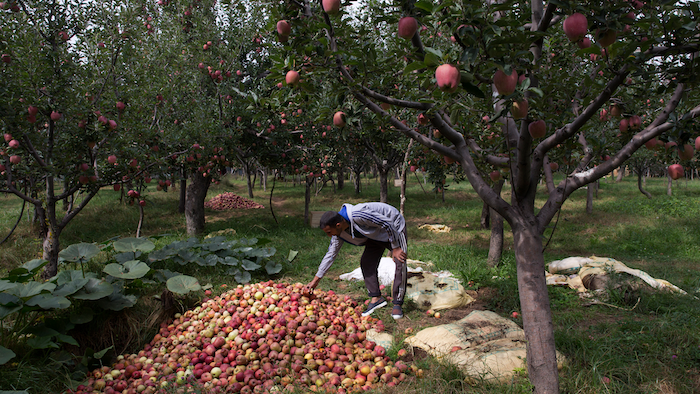 SHOPIAN, India (AP) — Kashmir's apple orchards, backbone of the economy and livelihood for nearly half the region's people, are deserted with fruit rotting on the trees at a time when they should be bustling with harvesters.

Losses are mounting as insurgent groups pressure pickers, traders and drivers to shun the industry to protest an Indian government crackdown.

Apple growers call it a "silent war declared on their stomachs."

"That's almost $1,200 worth of produce. It's all a waste now," said apple farmer Mohammad Shafi, pointing to a heap of rotten apples thrown into a pit in Wuyan, a small village 37 miles (60 kms) east of Srinagar, the region's main city.

Kashmir's pristine mountainous landscapes, ski resorts, lake houseboats and orchards have long made it a tourist attraction. But an armed rebellion has raged 30 years in the Indian-controlled portion of disputed Kashmir.

More than two months later, the region remains under a communications blockade. Authorities have restored landline services and some cellphones, but not internet, making it difficult to reach traders outside the region to conduct business. 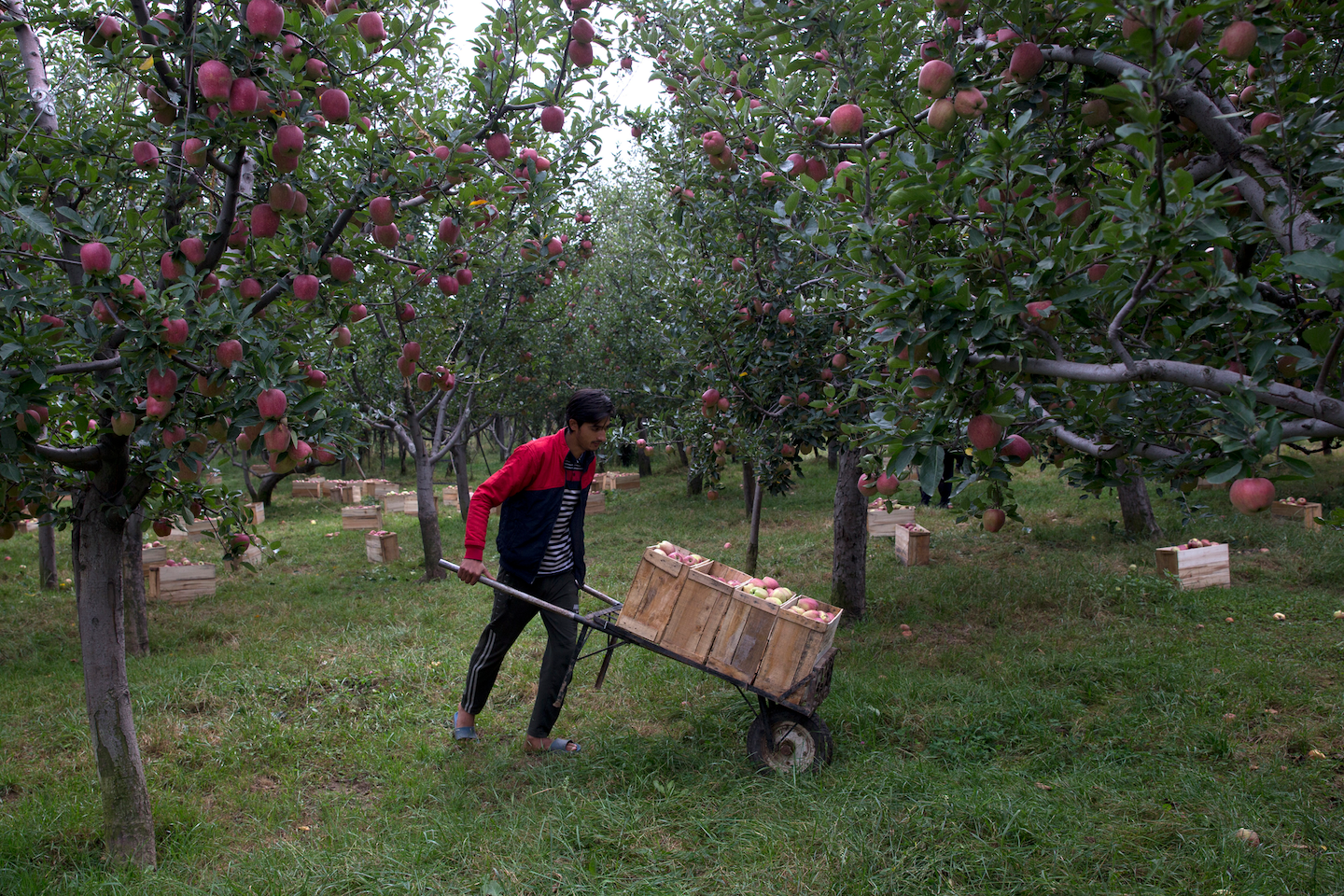 Apple growers were expecting a bumper crop this year. Now, they say, losses are in the millions of dollars and the business might suffer its worst year since the beginning of the insurgency that has resulted in almost 70,000 deaths.

"It all started in August. We haven't recovered since," Shafi said.

On Wednesday, police said suspected militants shot dead an apple trader and injured another in a late-night attack in southern Shopian. The same day, a migrant laborer who worked at a brick kiln was also shot dead, police said.

That followed the arrests Tuesday of two militants suspected of shooting dead a truck driver near an apple orchard where he had collected 800 boxes of fruit.

On Sept. 6, unknown gunmen fired at a fruit trader in northern Sopore, injuring him and four members of his family.

So, the orchards lie empty of harvesters, as overripe fruit ripens and thuds to the ground.

The apple trade, worth $1.6 billion in exports in 2017, accounts for nearly a fifth of Kashmir's economy and provides livelihoods for 3.3 million. This year, less than 10% of the harvested apples had left the region by Oct. 6.

"It will take us years to recover from this shock," said Basheer Ahmad Basheer, who heads an apple growers union in Srinagar.

The authorities set up four wholesale markets to help support the industry, but as of Oct. 6 those markets had only managed to buy $300,000 worth of apples out of what was expected to be a crop worth close to $1.9 billion this year.

"We have only managed to dispatch two trucks from this place to outside Kashmir," said Anshul Mittal, a government official at a wholesale market set up in Parimpora, Srinagar.

Many of the more than one dozen officials sent to help at the market said the effort was failing, partly because truckers are refusing to take the risk of shipping the apples. None wanted to be named as they feared retribution from higher-ups.

The worst-hit region is southern Kashmir, where dense apple orchards stretch through hundreds of villages.

Shafi's orchard in Wuyan usually produces almost 10,000 boxes of apples per year. He says he's only sold 1,000 boxes this year. Half of the rest of the harvest had to be thrown out because the apples were bruised from falling off the trees, he said.

Growers like Shafi often rely on loans to pay for labor, fertilizer and other costs.

"A few days ago, a friend came to me asking for the repayment of loans. I wept and begged in front of him as I have no money to give back to him," Shafi said.

The despair trickles down to unskilled workers like 22-year-old Sheeraz Ahman, who was counting on 45 days of work to earn more than $400 to help support his family.

So far, he's only gotten five days of work.

"We are in a desperate situation," Ahmad said.

Still, there are fewer laborers looking for work than usual: many left the region at the same time tourists were advised to get out in August.

One young apple picker, who asked not to be named out of fear of the authorities, said he preferred to be hungry rather than trapped in an army camp.

The army has denied allegations of arrests and torture.

But rumors of such tactics have alarmed those who usually would be working in the orchards.

So have the shootings.

Police blamed a local rebel for the Sept. 6 shooting and claimed insurgents were intimidating traders and truck drivers.

Many farmers told The Associated Press such threats were keeping them away from the orchards, regardless of who was brandishing weapons.

Beyond the crippling of this bedrock of the Kashmir economy is the symbolic importance of its apples.

Some working in the industry said they preferred to let the apples rot to foil Indian efforts to show the situation has returned to normal.

The government's crackdown, by stifling communications and provoking the insurgents, has made that impossible, said Aabid Gulzar, a 19-year-old English literature student who also works as a laborer at an apple orchard to help support his family of six.

"They (India) can blame anybody they want to but who created this rapidly deteriorating situation in first place?" he asked.