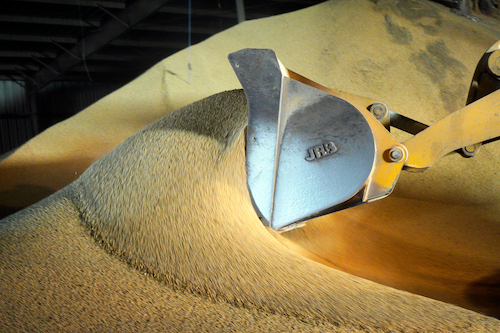 Chinese buyers have "completed deals to buy soybeans and pork of considerable scale," said a ministry spokesman, Gao Feng. He gave no details. Negotiators are due to meet next month in Washington for a 13th round of talks aimed at ending the dispute over trade and technology that threatens to tip the global economy into recession.

President Donald Trump and his Chinese counterpart, Xi Jinping, agreed in June to resume stalled talks. But there has been no sign of progress. Trump agreed earlier to postpone a planned October 1 tariff hike on Chinese imports to October 15. That raises the possibility that increase might be put off indefinitely if the talks make progress.

Asked about Trump's suggestion that he wanted a complete settlement, which would reduce the likelihood of a temporary, short-term deal, Gao expressed hope for a "mutually beneficial and win-win solution." Beijing has agreed to narrow its trade surplus with the United States but is resisting pressure to roll back industrial development plans its trading partners complain violate its market-opening commitments.

The two governments have raised tariffs on billions of dollars of each other's goods, battering farmers and factories on both sides. Negotiations broke down in May over how to enforce any deal. China says Trump's punitive duties must be lifted as soon as an agreement takes effect. Washington insists at least some must stay in place to ensure Beijing carries out any promises it makes.