Some are slamming new regulations that place responsibilities once held by federal inspectors in the hands of meat company employees. 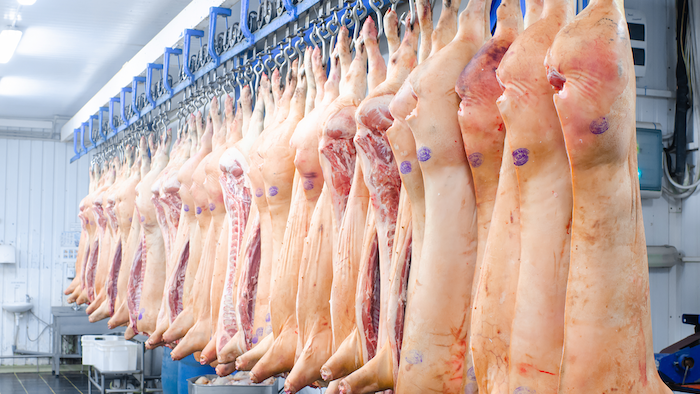 "We applaud the USDA for introducing a new inspection system that incentivizes investment in new technologies while ensuring a safe supply of wholesome American pork," National Pork Producers Council President David Herring, a pig farmer from Lillington, North Carolina, said in an email.

The changes will endanger workers, increase the suffering of pigs and threaten the food supply, said advocacy groups for workers, animals, consumers and the environment. "It makes no sense to continue to yield more food safety oversight to industry," Food & Water Watch Executive Director Wenonah Hauter said in an email. "Trump's USDA is clearly prioritizing the meat industry's interests against the will of the American people, and in doing so, is wreaking havoc on public health."

The rule will harm pigs, threaten consumer and worker safety and pose serious environmental risks, the Animal Legal Defense Fund said in an emailed statement. The rule "is a total abdication of government responsibility and increases the potential for egregious violations of humane slaughter laws" and called on USDA to halt its implementation, the American Society for the Prevention of Cruelty to Animals said in an email.

The rule establishes new inspection requirements for market hog slaughterhouses, which process about 97 percent of the U.S. pork sold. It places some responsibilities once held by federal inspectors in the hands of meat company employees, a concern that critics highlighted. Employees will be responsible for identification and removal of pigs not fit for slaughter due to disease, illness or injury before slaughter and must trim and identify defects on carcasses before a government inspector takes a look.

That means federal inspectors will see healthier animals and carcasses with fewer defects, allowing them to more efficiently inspect each animal and carcass, the U.S. Department of Agriculture said. As a result, the government said it can assign fewer inspectors to the production line and have them focus more on verifying compliance with sanitation and humane handling requirements.

The new rule also lifts all requirements for the number of pigs flowing through plant processing lines. Currently plants have a limit of 1,106 pigs per hour, but the average line speed under current rules is 977 per hour, the USDA said.

In five processing plants that have been used as test sites for the new rule, the USDA said production lines have sped up to an average of 1,099 pigs per hour. The USDA said this shows that even with no limits line speeds tend not to increase substantially, and it said there was no increase in sanitation or bacterial contamination problems.