Of the 71 illnesses, 69 have been reported in six states in the Northeast. 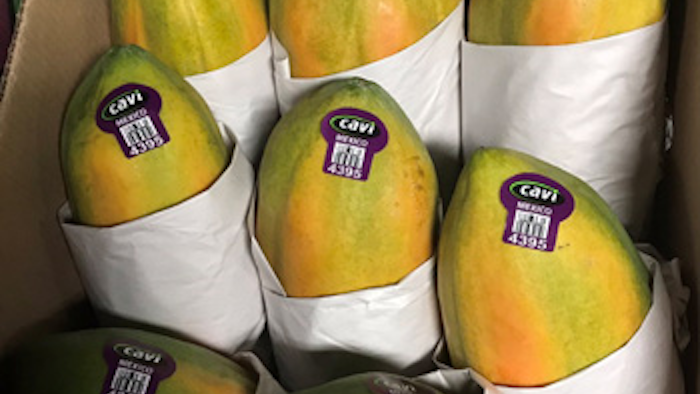 The U.S. Food and Drug Administration, along with the Centers for Disease Control and Prevention (CDC), and state and local partners, are investigating a multistate outbreak of Salmonella Uganda illnesses likely linked to whole, fresh papayas.

The epidemiological and traceback information collected thus far in the investigation indicates that Agroson’s LLC of Bronx, New York, is the exclusive distributor of the imported papayas that likely made consumers from this outbreak sick. The papayas are sold under the brand name Cavi. To date, there have been no positive product samples.

The FDA has consulted with the firm on the possibility of a recall. Should that happen, the FDA will update this advisory. The evidence does not indicate that papayas from other distributors are implicated at this time, and FDA is narrowing its recommendations to consumers, restaurants, retailers, importers, suppliers and distributors, limited to Cavi brand whole, fresh papayas. The FDA will continue its investigation to try to determine the root cause of the contamination of the implicated brand.