Engineers are enroute to determine what caused the collapse. 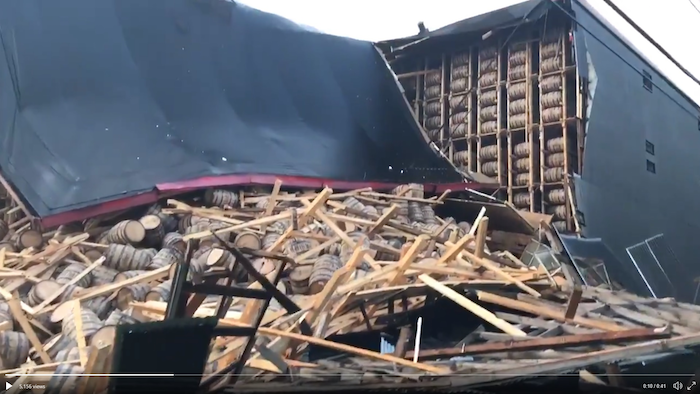 Master Distiller Jacob Call says around 20,000 barrels are stored at the location and it appears that about 4,000 were affected. He says it appears most barrels remain intact. Call says engineers will be out later Monday to try to determine what caused the collapse. It's unclear if weather played a role.

Officials say no one was hurt. A nearby road is closed while the cleanup continues. Another Kentucky bourbon barrel warehouse collapsed last year. Half of a warehouse collapsed at the Barton 1792 Distillery in Bardstown on June 22, 2018, and the other half came down two weeks later.

For a clearer look at the damage, click here.