As a potential allergen, the sulfites pose potential health risks. 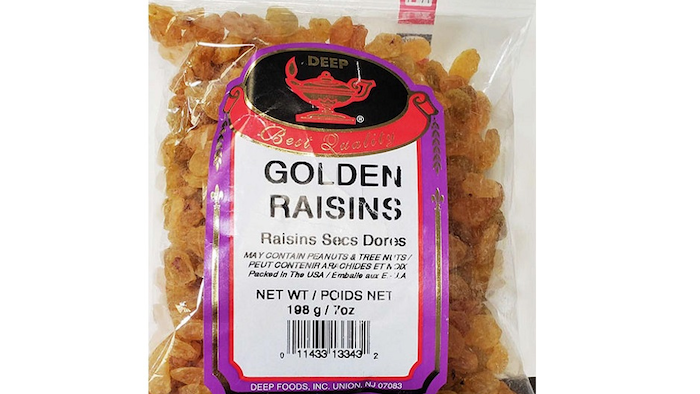 No illness have been reported to date. The recall was initiated after routine sampling by Florida Department of Agriculture and Consumer services, and subsequent analysis by Food Laboratory personnel revealed the presence of sulfites in the seven-ounce package. The same raisins were also used in the 14 and 28-ounce packages.