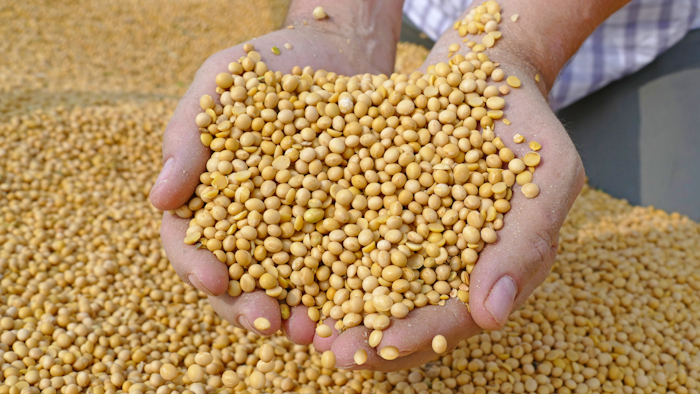 NAPPANEE, IND. (AP) — Residents who live in the shadow of a northern Indiana soybean processor are appealing to the owner and local officials for changes to eliminate odors, incessant noise and dust residue from the plant.

Brian and Judy Spicher, who have children with special needs in their Goshen home, said the residue settles on their property, including outdoor play equipment. They and a neighbor, Ashley Lent, said the previous feed mill owned by ADM/Supersweet did not create those problems.

The neighbors said they are cautiously hopeful that improvements might be in the works after recent meetings with the owner and city officials, The Goshen News reported.

After being notified, Jenkins and Lehman said they reached out to the owner and the Indiana Department of Environmental Management.

The company was in violation of the city's noise rule with decibel levels at a certain point, Lehman said.

"One of the blowers was using higher decibels than anticipated," he said, and the company got the level into compliance right away.

The company has otherwise been in compliance with all city regulations, according to officials.

Barry Sneed, an environmental department spokesman, said they "recently conducted an inspection of the facility based on a citizen complaint. At the time of the inspection, staff did not observe any violations."

The company plans to alter the chimney and will add a filter, Sneed said, adding that department will continue to monitor the facility.

"There are no health issues with what we're doing," Luke said. "It's an all-natural process with no chemicals."

A strategy to reduce noise and air pollution has been in place with the city since the company started operations, according to a Tri State statement. The plan includes enclosing the outside grain dryer, using a new ventilation system, employing a sound barrier and planting trees around the building.

"Tri-State Crush's owner has been involved in the local community of Nappanee for 20-plus years and values all of our neighboring residents. Our desire is to work together to make the improvements as quickly as possible," the company stated.

The company is reducing the number of its individual business segments from 17 to nine.
Aug 28th, 2020

To avoid learning about psocid activity in your facility from your auditor, you first need to know how to identify these minute pests.
Aug 27th, 2020
Follow Us
Most Recent