5+ Tons of Chicken Recalled Over Allergen

The problem was discovered during routine label verification activities by an FSIS inspector. 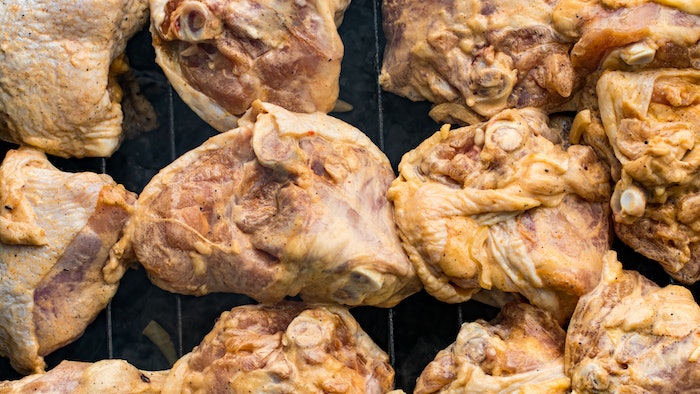 Salt Lake City-based Deleite Foods Enterprises is recalling approximately 11,000 pounds of marinated raw poultry products due to misbranding and undeclared allergens. The U.S. Department of Agriculture’s Food Safety and Inspection Service (FSIS) made the announcement. The products contain wheat and soy, known allergens, which are not declared on the product label.

The marinated chicken thigh meat was produced and packaged on October 12, 15, and 16 in 30-lb. cases, each containing three 10-lb. bags. These items were shipped to restaurants in Utah.

The problem was discovered during routine label verification activities by an FSIS inspector, who found that the product did not include an ingredient statement nor declare soy and wheat. There have been no confirmed reports of illness due to consumption of these products.