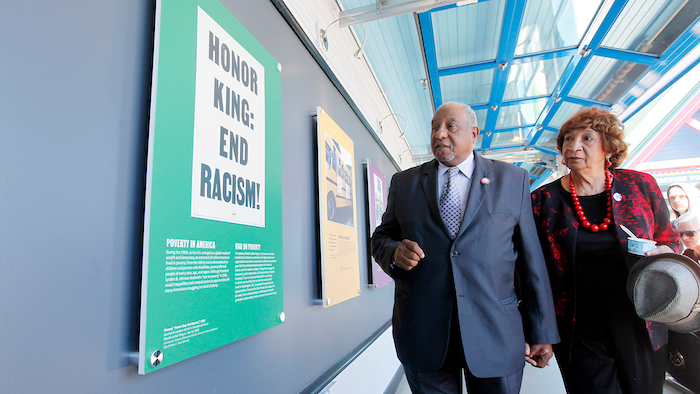 The display was made in collaboration with the Smithsonian National Museum of African American History and Culture.

Company co-founder Jerry Greenfield says the Poor People's Campaign is "as relevant today as it was 50 years ago."

The display will be at the factory through the end of the year.