Are the fiber counts for foods getting bloated? 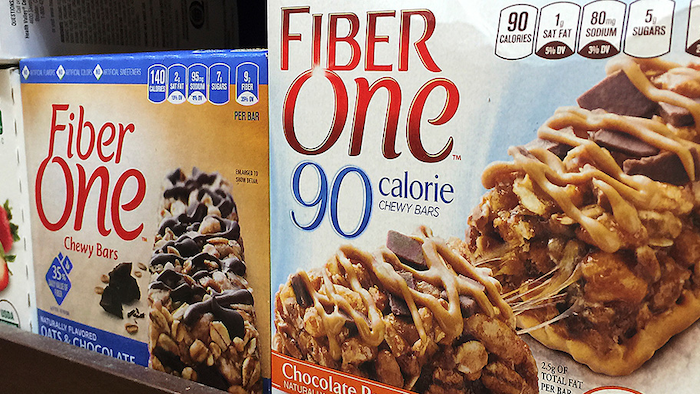 NEW YORK (AP) — Are the fiber counts for foods getting bloated?

Browse supermarket shelves, and it's easy to find ice cream, yogurt and brownies with impressive fiber totals. That's because companies add ingredients to boost the fiber, a practice they say helps people enjoy treats with less guilt but that critics say distorts ideas about what's healthy.

Now, the U.S. Food and Drug Administration is giving its nod for many of the ingredients that companies already use to pump up fiber to be counted as such on the new Nutrition Facts panel, which will be required in two years. The agency's blessing comes after a 2016 rule said added fibers need to provide a health benefit, rather than just being a non-digestible carbohydrate.

Since then, the FDA has been reviewing scientific evidence submitted by companies showing the health benefits of various ingredients. On Thursday, it gave the green light for eight ingredients to keep being counted as fiber.

The agency says more fibers may be recognized in the future, and that it rejected two petitions for an ingredient.

General Mills Inc., which makes Fiber One, said in a statement it's pleased with the FDA's decision. Tara Bosch, founder of Smart Sweets, also welcomed the FDA's guidance and said Smart Sweets gummy bears are a way people can "feel good about enjoying candy."

Not everyone is happy about the decision.

The advocacy group Center for Science in the Public Interest says added fibers can fuel the confusion about what's healthy and what's not. The group says that creates situations where a brownie might have more fiber than a peach — and sway people into picking the brownie.

Another complication: The approved health benefit may not be what people expect from fiber, says Bonnie Liebman, director of nutrition at CSPI.

Inulin, which is often taken from chicory root, is among the ingredients approved to be counted as fiber. And even though people might assume that fiber's benefit is digestive regularity or feeling full, the proven health benefit was for calcium absorption.

"That's the problem — the label will just say it's high fiber," Liebman says.

Naturally occurring fibers within food, such as the fiber that might come from grains or fruit chunks, do not need approval. Ingredients need clearance if they have been isolated and extracted from their original source, or made synthetically.

So far, the FDA has signed off on 15 such ingredients. The eight approved this week include polydextrose, resistant maltodextrin and mixed plant cell walls, a category that includes multiple ingredients like apple fiber. Those are in addition to the seven the agency previously approved, including cellulose, guar gum and psyllium husk.

The new standard for fiber is part of the revamped Nutrition Facts panel, which makes it easier to see calorie counts and the added sugar in products. It will be required starting in 2020.