It's not the first time the company has failed to report a fire. 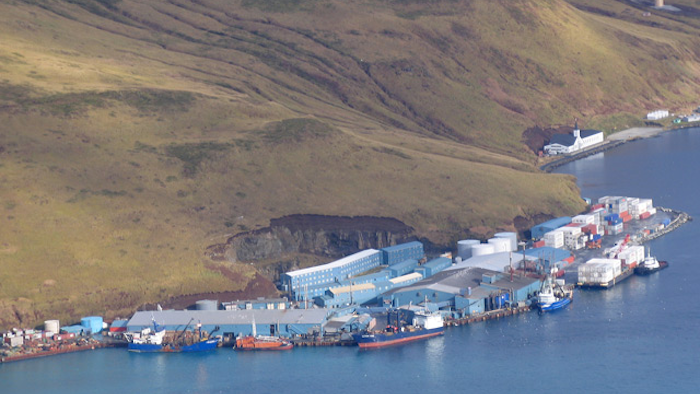 AKUTAN, Alaska (AP) — A seafood plant in Akutan failed to report a fire on the property that could have endangered a nearby village, authorities said.

Village Public Safety Officer for Akutan Island Monte Chitty told KTUU-TV that he was initially unaware of the fire that broke out at the Trident Seafoods plant on Sunday night because it was not reported to him.

Trident officials confirmed that the fire had started in a trash pile and later spread, Chitty said.

The fire was caused by the burning of a trash pile, a common practice for the company, against the side of a cliff, according to Chitty.

Although the fire was eventually put out, the outcome could have been different, Chitty said.

"The rain last night helped," he said, "But still the high winds that spread that fire could have easily driven the fire directly at the village. Trident's failure to report such a fire could have left the whole village in danger and without notice."

It's not the first time the company has failed to report a fire, Chitty said.

Trident's corporate headquarters did return a request for comment.

Akutan is located on Akutan Island east of Anchorage.

According to the company, the Akutan shore plant is remote and entirely self-reliant. It’s proximity to the Bering Sea fishing grounds has helped it become the largest seafood production facility in North America.