The company will pay $125 million for recall costs stemming from a 2013 food scare. 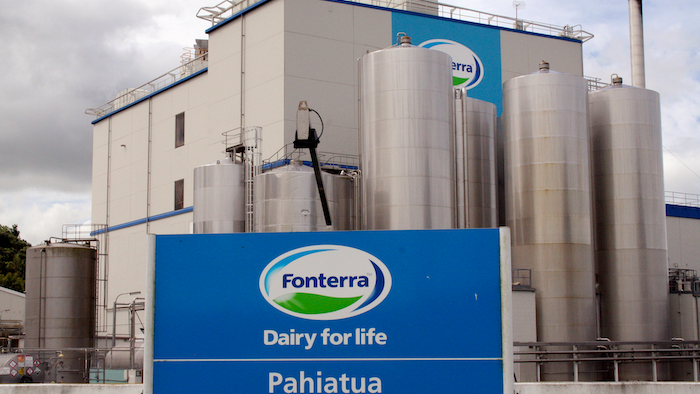 The recall was made out of concerns, which proved later to be untrue, that some Fonterra products supplied to four Danone Nutricia baby formula plants in Asia were tainted by bacteria that can cause botulism.

Fonterra said Friday that it was disappointed over the ruling by an arbitration tribunal. It says its supplier agreement with Danone made it not liable for the recall costs.

Fonterra is a cooperative owned by more than 10,500 farmers and enjoys a near monopoly on New Zealand milk. It is the world's biggest dairy exporter.

The cooperative's CEO, Theo Spierings, said in a statement that the 2013 recall was precautionary and that reviews by Fonterra and by the New Zealand government found no risk to the public or wrongdoing by the company.

"The decision to invoke a precautionary recall was based on technical information obtained from a third party, which later turned out to be incorrect," it said.

Worries over product quality of infant formula are a strong concern in Asia, especially China, after repeated problems with safety violations in the dairy industry.

The 2013 scare affected sports drinks, protein drinks and other beverages in addition to formula sold in New Zealand, China, Australia, Thailand, Malaysia, Vietnam and Saudi Arabia. It was treated as a national emergency in New Zealand, where the dairy industry drives the economy.

The New Zealand government charged Fonterra with processing and exporting products in a way that failed to meet safety standards and then not notifying officials quickly enough when it learned of the lapses. The company pleaded guilty and was fined.