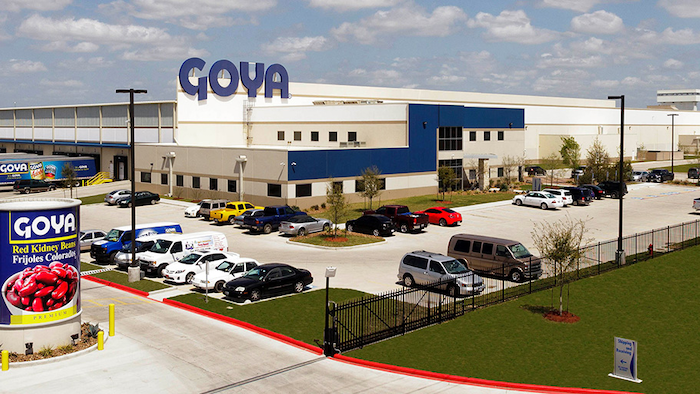 As the only Hispanic food company that offers consumers an entire line of low sodium, organic, diet and sugar free products, Goya's expansion of its cutting edge, high tech facilities will maintain its mission to produce authentic, high quality and affordable products without sacrificing taste to national and global markets.  "With the growing need for good nutrition, it's an opportune time for Goya to expand," says Bob Unanue, President of Goya Foods.  "For more than 81 years, Goya has not only positioned itself as a leader in the Latin American food industry and a trusted American brand, but as an iconic symbol of the Hispanic culture.  Our commitment to excellence is the cornerstone of providing our consumers with products that offer 'good taste, good for you and good value,' all key elements that resonate with our popular tagline that our grandfather created, 'If It's Goya, It Has To Be Good'."

The expansion of this facility will help reach new consumers and strengthen the Goya brand throughout the United States and internationally including Latin America, the Caribbean, Europe, Africa, and Asia.

The current Brookshire facility, also built by KDW in 2014, was part of Goya's $250 million investment for a global expansion to support consumer demands of Goya's healthy product lines where ultra-modern processing equipment, hydrostatic bean-cooker and cannery operations are capable of producing more than 1,000 cans per minute.

The expanded facility, with an expected completion in 2018, will also feature a total of 29 new dock doors for domestic and international distribution.

Founded in 1936, Goya Foods, Inc. is America's largest Hispanic-owned food company, and has established itself as the leader in Latin American food and condiments. Goya manufactures, packages and distributes over 2,400 high-quality food products from the Caribbean, Mexico, Central and South America. Goya products have their roots in the culinary traditions of Hispanic communities around the world; their combination of authentic ingredients, robust seasonings and convenient preparation make them ideal for every taste and every table. For more information on Goya Foods, please visit www.goya.com