Given China's often-lax history of sanctions enforcement, seafood traders were shocked as trucks began lining up at the border with customs officials ordering them to return the seafood to the North. 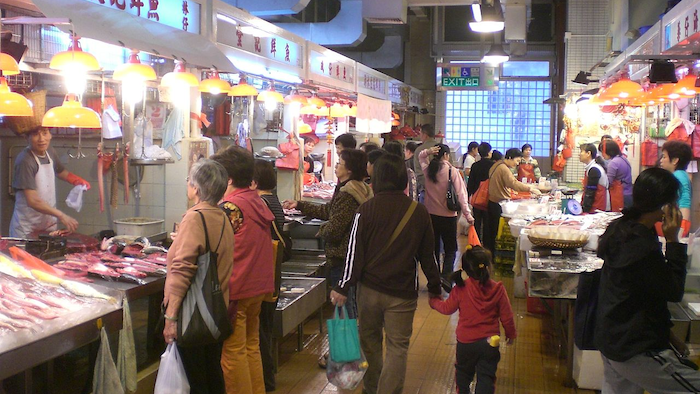 Anger swept the city of Hunchun, home to hundreds of seafood processing plants, after Beijing began refusing entry Tuesday to trucks carrying tons of North Korean seafood. China announced Monday that it was cutting off imports of North Korean goods under U.N. sanctions imposed over the North's nuclear and missile programs.

But given China's often-lax history of sanctions enforcement, seafood traders were shocked as trucks began lining up at the border with customs officials ordering them to return the seafood to the North. Dozens of people from seafood companies took to the streets Wednesday, carrying red banners, in a rare display of public anger in a country where the government normally cracks down immediately on dissent.

"I have more than 30 workers and I asked them to all go home or find other jobs," said Song Min, who runs a fresh seafood business in Hunchun, and who was not involved in the protests.

"But they cannot find other jobs," she added in a telephone interview Friday. "Everyone here is in the seafood industry."

Hunchun authorities met with seafood traders one day after the protest, warning them not to make trouble or risk being detained, Yang Jian, a seafood trader, said by phone. "People who attended the meeting said the authorities were being very tough about this, no goods are allowed to get into China," Yang said.

China, which accounts for the overwhelming majority of North Korean trade, has long been reluctant to push leader Kim Jong Un's regime too hard economically, fearing it could collapse. But Beijing is increasingly frustrated with Pyongyang, and supported a U.N. Security Council ban on Aug. 5 on key trade goods.

The Chinese customs agency said Monday it would stop processing imports of North Korean coal, iron and lead ores and fish at midnight on Sept. 5.

"After that, entry of these goods will be prohibited," a statement said.

But less than a day later, Chinese customs officials were stopping trucks full of seafood brought from the North Korean coastline, roughly 50 kilometers (30 miles) away, setting off a daylong protest. Hunchun is the largest Chinese city in an area where the borders of China, Russia and North Korea meet.

"Hard-earned Money on China's Bridge; We hope Chinese Customs Will Release Our Trucks," read a banner in a photograph featured in a post that was widely circulated on a Chinese social media platform.

But two days later, there was no sign that Beijing had backed down.

"I have to make some changes soon," said Jin Long, who owns a Hunchun seafood restaurant. "Maybe I'll change to Russian seafood."

Are Your Clothes Made in N. Korea?