The Scotch Whisky Association had filed a protest over the local distillery's naming of their product, saying it would confuse consumers in thinking it was a Scottish product. 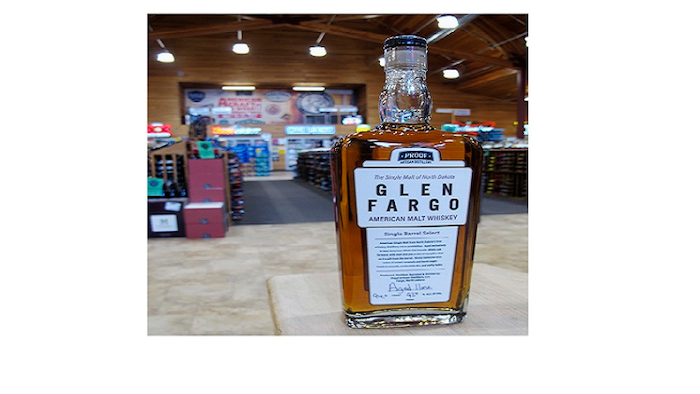 FARGO, N.D. (AP) — While you can't take the Scotch out of Scotland, a distillery in North Dakota has shown that you can share the glen with Glenlivet.

Proof Artisan Distillers last month finished a more than two-year process to trademark its Glen Fargo American Malt Whiskey, a homegrown spirit named for both the state's largest city and the valley where it sits. The final test was convincing Scottish distillers that Proof meant no offense to single malt makers across the pond.

"I'm not a product expert," said Joel Kath, owner of the downtown Fargo distillery, "but I've learned a lot more since starting this."

Single malt whiskey is associated with Scotland because no U.S. distillery made it after prohibition, leaving Americans to excel at making bourbon and some ryes. Scotch, by definition, must be made in Scotland.

But Americans have entered the single malt whiskey market through numerous craft distilleries that have bloomed in recent years. The "single" in single malt refers to the fact that everything in the bottle came from that distillery, traditionally from local products. Glen Fargo is made from barley grown in North Dakota, which leads the nation in production of the crop.

A week before the trademark deadline, the Scotch Whisky Association filed a protest with the U.S Patent and Trademark Office, saying Glen Fargo would be confusing to consumers as a Scottish product. Many distilleries in Scotland take their names from the valley — or glen — where they resided.

Kath said Glen Fargo is an accurate definition of the area in eastern North Dakota.

Kath's attorneys also argued that Fargo itself has no geographical reference in Scotland.

The Scotch Whisky Association eventually dropped their complaint, with the caveat that the label must read as the five-word Glen Fargo American Malt Whiskey.

The fledgling Proof distillery has won taste tests before with its gins and vodkas, but making a single malt whiskey has been Kath's pet project since the facility opened two years ago. The product currently on the market sells for about $70 a bottle.

Local liquor store managers say customers appear to like the taste of Glen Fargo, described as having hints of malt and oak and subtle notes of caramel and vanilla. Dustin Mitzel, CEO of Happy Harry's Bottle Shops, says customers call it a balanced, not-too-heavy whiskey.

"I think people also like that it's a local product. It's local guys with a bottle of whiskey that says Glen Fargo on it, and that is pretty unique," Mitzel said.

Proof also sells 2Docks vodka and liqueur, Minions gin and Crooked Furrow bourbon, but it's trademarks for those products haven't received the same level of scrutiny.