The company lost billions in market value, denied rumors of forged invoices, and now an executive is missing. 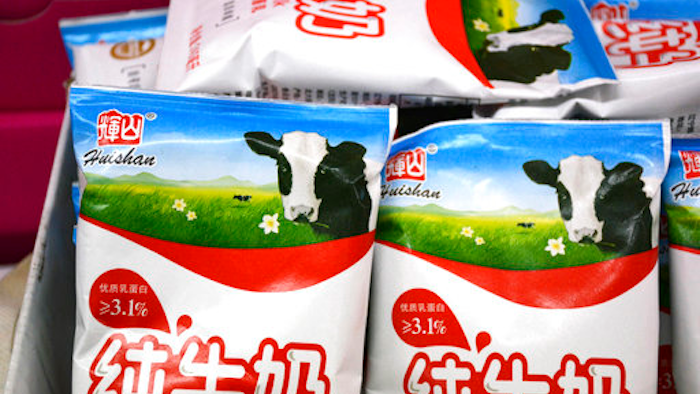 China Huishan Dairy Holdings Co.'s Hong Kong-listed shares tumbled 85 percent in the space of minutes on Friday morning before they were halted. The reason for the sell-off was unclear.

Huishan's statement to the Hong Kong stock exchange on Tuesday was its first public response since the stock plunge.

The company denied two rumors that it said were making the rounds. One claimed that an audit turned up a large number of fake bills issued by company members, and another that Chairman Yang Kai had misappropriated 3 billion yuan ($436 million) to invest in real estate in the northeastern rust belt city of Shenyang, where Huishan Dairy is based.

"The company categorically denies having approved the issue of any forged invoices and does not believe there to be any misappropriation," it said.

It also denied a rumor that one of its controlling shareholders sold off 3.4 billion shares because of a margin call.

The company was the subject of a report in December by U.S.-based short-seller Muddy Waters accusing it of reporting fraudulent profits, but it said then that those accusations were false.

Huishan Dairy said Tuesday that for the past week, it has not been able to contact its senior executive in charge of treasury and cash operations, Ge Kun, whose work it said intensified after the Muddy Waters report.

On March 21, Yang "received a letter from Ms. Ge indicating that the recent work stress had taken a toll on her health, that she would take leave of absence and does not want to be contacted at this time," the company said in the statement.

Huishan also said it was late on some of its bank loan repayments and has sought to have them rolled over. The company said shares would remain suspended until it got an update on its financial position.

Most Hood Plants Back Up After Cyber 'Event'