The company agreed to restructure its operations to avoid pyramid scheme charges. 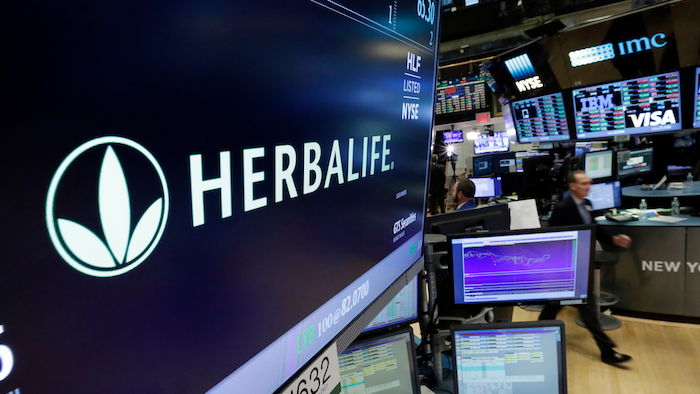 NEW YORK (AP) — The Federal Trade Commission is closing an investigation of Herbalife.

The Cayman Islands company agreed to fully restructure its U.S. business operations and pay a $200 million settlement over allegations that it deceived consumers, but it avoided more serious charges that it was operating as a pyramid scheme. Shares surged in pre-market trading.

Under the settlement, Herbalife Ltd. will have to rework its compensation system so that retail sales are rewarded, and scrap incentives that reward distributors for recruiting. Herbalife disclosed in 2014 that it was being investigated by the FTC for possible "deceptive practices."

The company said that the FTC settlement doesn't change its business model as a direct selling company. Herbalife will also pay $3 million in a separate agreement to settle an Illinois investigation.