Further proof that the skill is used beyond standardized test preparation. 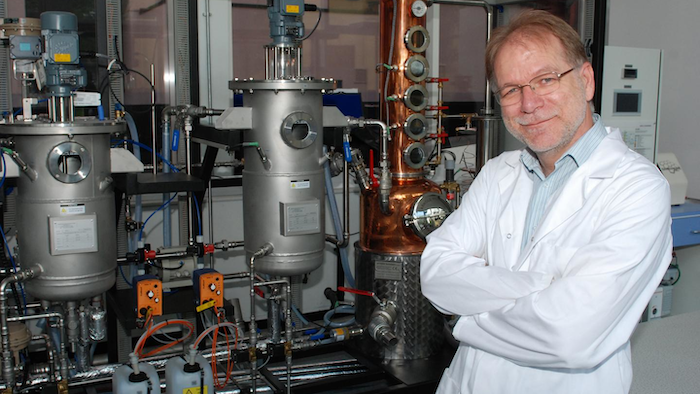 Research by a University of Huddersfield scientist could aid the development of new strains of wheat that yield higher quantities of extra-nutritious flour.

Professor Grant Campbell is a leading expert in cereal process engineering and is based in the University's School of Applied Sciences. The milling of wheat and the complexities of its kernel are central to his work. Now his latest co-authored article analyses the different breakage characteristics of hard and soft wheats.

It has been discovered that in certain strains, an intermediate layer may crumble more readily, so that it becomes easier to separate the hard outer shell of bran from the endosperm - the flour - which can also remain united with an inner layer named aleurone.

"Generally speaking, the layers all stick together and become bran. But if we can get the aleurone to stay with the endosperm, then that would increase our quantities of flour - and it is also highly nutritious," said Professor Campbell.

More than half of the world's food supply consists of cereals, with wheat for bread the most important in terms of global trade, international relations and the security and affordability of the food supply. This means that although flour milling has already achieved high efficiency, any improvement in yields has the potential to make a massive global impact.

Now Professor Campbell's research into the composition of wheat particles has enabled him to develop a mathematical formula that leads to greater understanding of the way that different wheats break up during the milling process.

Although millers can gain valuable practical insights from the new discoveries, it is also hoped that plant breeders will adopt Professor Campbell's mathematical equations. This would enable them to breed new wheats that incorporate the crumbly intermediate layer, resulting in higher yields of nutritious flour with exceptional bread-making characteristics.

Grant Campbell relocated to the University of Huddersfield - where he is Professor of Chemical Engineering - in 2014. He is leading new teaching programmes in chemical engineering and continuing his long-standing research in cereal process engineering for food and non-food uses. Originally from New Zealand, he came to the UK to study at Cambridge and had a long academic career in Manchester following a period in industry as a food researcher.