The United Nations' food agency says around 14% of the food produced globally is lost and is urging action to address the causes. 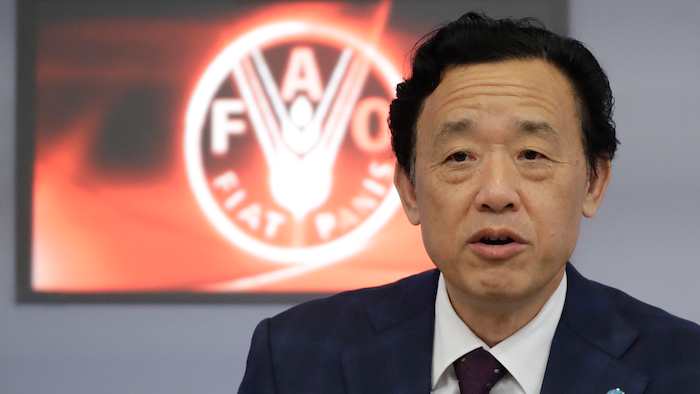 United Nations Food and Agriculture Organization (FAO) Director General Qu Dongyu talks during a press conference at FAO headquarters in Rome, Monday, Oct. 14 ahead of a report State of Food on new estimates of the world’s food that is being lost from production up to the retail level.
AP Photo/Alessandra Tarantino)

ROME (AP) — The United Nations' food agency says around 14% of the food produced globally is lost and is urging action to address the causes of food loss as part of efforts to protect the environment.

In a report Monday, the U.N. Food and Agriculture Organization (FAO) stressed the need to reduce food loss as "firmly embedded in the 2030 agenda for sustainable development."

However, it noted that a combination of causes — including harvesting and handling practices, a lack of infrastructure, agricultural blights and climatic conditions — keep fueling large food losses around the world.

FAO said its estimates focus on losses between harvest and markets. It said Central and Southern Asia have the highest levels of food losses at over 20%, followed by North America and Europe at more than 15%.

Food is also wasted at the retail and consumer levels.

Can IoT Save Us from Food Waste?