The company blamed tariffs for its lower net sales growth. 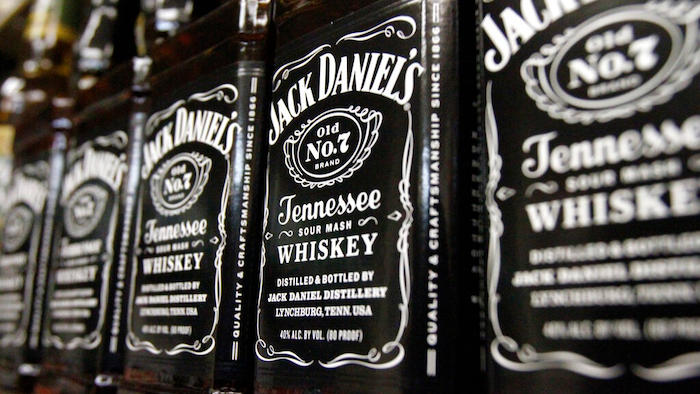 In this Dec. 5, 2011, file photo, bottles of Jack Daniel's Tennessee Whiskey line the shelves of a liquor outlet in Montpelier, Vt. The company that makes Jack Daniels took a hit from the Trump administration’s tariff fight, estimating that the standoff dragged sales growth down by a percentage point for the entire year. Brown-Forman Corp. (BF.A) on Wednesday, June 5, 2019, reported fiscal fourth-quarter net income of $159 million.
AP Photo/Toby Talbot, File

"Although tariffs and higher input costs will negatively impact our gross margins again this year, we believe we are on track to return to high single-digit operating income growth as we move beyond fiscal 2020," said Lawson Whiting, the company's president and CEO. "Our growth prospects remain bright as we develop our premium spirits portfolio around the world."

Foreign markets account for slightly more than half of Brown-Forman's overall sales.

Those net sales increased by 4% in the company's developed international markets, though the growth was suppressed by more than 1 point due to tariffs, it said.

Brown-Forman, like other large spirits companies, stockpiled inventories in bracing for the effects of tariffs imposed in the EU that targeted American whiskey and other U.S. products in response to Trump's decision to impose tariffs on European steel and aluminum.

Fourth-quarter net sales were up 1% at $744 million, which was short of the $762 million that Wall Street had expected, according to a survey by FactSet.