Can a company that started as a tofu maker for the counterculture ease the sales struggles of soup giant Campbell? 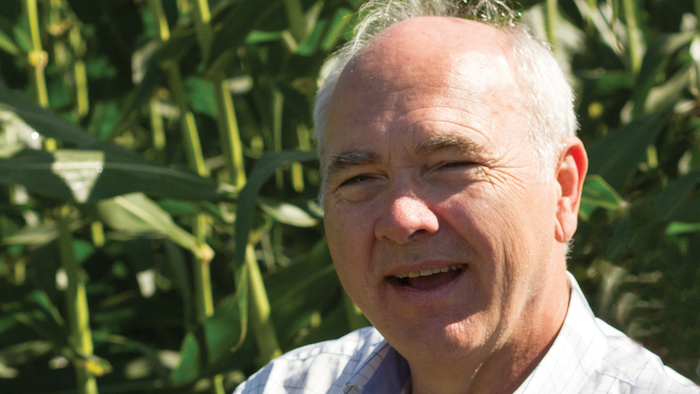 In this photo provided by Campbell Soup shows Pacific Foods co-founder Chuck Eggert. Broth and soup maker Pacific Foods is being bought by New Jersey-based Campbell Soup for $700 million, the latest example of a big packaged food maker acquiring a smaller maker of products that are seen as fresher or more wholesome. Eggert is not expected to stay on with Campbell, but says his farms will continue to be a supplier for the company.
Campbell Soup via AP

NEW YORK (AP) — Broth and soup maker Pacific Foods is being bought by Campbell Soup for $700 million, the latest example of a big packaged food maker acquiring a smaller maker of products that are seen as fresher or more wholesome. Though Campbell introduced some organic soups under its own name in 2015, it says Oregon-based Pacific Foods is more of a leader in that area.

Whether Pacific — which also sells drinks made out of almonds, hemp, rice and soy — can rejuvenate Campbell remains to be seen. Despite other recent acquisitions, the company has recorded two straight years of declining sales, underscoring how difficult it can be for a food giant to keep up with changing trends.

Pacific Foods co-founder Chuck Eggert is not expected to stay on with Campbell, but says his farms will continue to be a supplier for the company. He spoke with The Associated Press after the deal was announced. His comments have been lightly edited and trimmed for clarity.

Q: What was Pacific Foods like when you first started?

A: That was 30 years ago. We started out as a tofu company. It was meant to be an ingredient for things like mayonnaise.

The natural foods market then was people with allergies, a lot of kids from the '70s that were counterculture and had gone to India, a lot of vegetarians. So we've seen an incredible amount of change, and it's been accelerating in the last six years.

Q: Are you a vegan or vegetarian?

A: No. I tried that. Over the years, I've tried most everything, but I decided it was way too much work.

Q: What was your background before starting Pacific Foods?

A: I was the chief financial officer at (frozen potato company) Lamb Weston. I had a food science background and had worked at Lamb Weston for about 12 years.

Q: How much of Pacific Foods' sales come from broths and soups, versus plant-based drinks?

A: Soups and broth are bigger.

A: We're going through a process of increasing the nutritional value of our products. We just came out with a 10-gram protein tomato soup. (Campbell says the product will be launched in the fall).

Q: The dairy industry says terms like "soy milk" are misleading because those drinks don't have milk. What is your position?

A: A number of years ago we changed to refer to our products as non-dairy beverages. We did that very intentionally. We call things what they are. We try to take a position with all of our labeling that we don't try to put flowery language or marketing stuff on it.

Q: Who are Pacific Foods' customers?

A: Our customers are people who are very concerned about what they eat. We sell to the customer that reads the ingredient statement.