The groups are supposed to promote commodities in a generic way, without disparaging potential competitors. 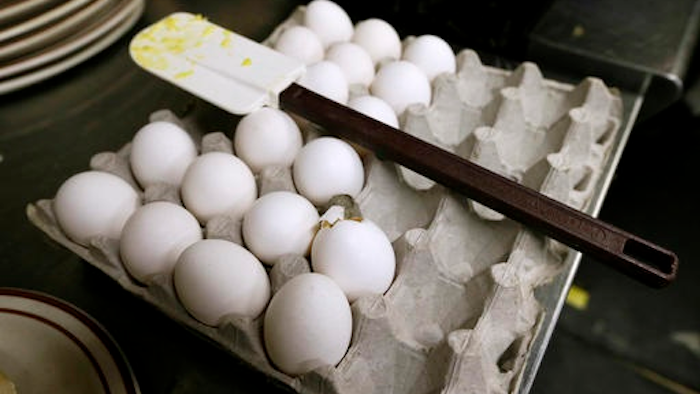 NEW YORK (AP) — An egg industry group's discussions about thwarting the sale of an eggless vegan spread were inappropriate, a year-long investigation by the U.S. Department of Agriculture has found.

The investigation also determined that the American Egg Board, which is responsible for the "Incredible, Edible Egg" slogan, should not have paid for pro-egg ads to appear online when people searched for Hampton Creek's Just Mayo.

The USDA said it will require training on guidelines for staff at all "checkoff" programs that promote commodities such as eggs, beef and pork as a result. It noted that the consultant who was asked to stop Just Mayo's sales at Whole Foods grocery stores said he did not act on the request.

The investigation did not find wrongdoing in other complaints made by Hampton Creek. For instance, the USDA said emails by egg board employees about putting a "hit" on Hampton Creek CEO Josh Tetrick and having "old buddies from Brooklyn pay him a visit" were not serious.

Those statements were made in jest, the USDA said in its findings published Thursday.

The USDA said the egg board's inappropriate activities violated its guidelines, but not the law specifying the allowable activities for the board. The egg board noted there were no findings of violations of the law, and that it has no further comment.

While some of the antics involving the egg board and Hampton Creek may seem comic, the investigation underscores the murky and often contentious space occupied by checkoff programs, and the gaps in the USDA's oversight of them.

Marketing programs such as the American Egg Board, National Pork Board and National Peanut Board are funded by the industries they represent, but need USDA approval for their activities. The groups are supposed to promote commodities in a generic way, without disparaging potential competitors.

That's why the USDA said it was inappropriate for the egg board to run online ads targeting people who were looking for Hampton Creek products. The USDA said it approved the ads, but was not informed they were meant to target a specific brand.

Elanor Starmer, the USDA administrator whose division oversees the checkoff boards, said the retirement was the result of a severance agreement between Ivy and egg board. She said the USDA did not compel Ivy's departure, and that checkoff program employees are not USDA employees.

The USDA's Agriculture Secretary appoints the checkoff programs' board members, who in turn hire staff.

But Starmer said the USDA plans to implement a new rule to give the Agriculture Secretary a "consistent" way to remove checkoff program employees for misconduct.

Matthew Penzer, an attorney for the Humane Society, said the idea that the USDA does not already have the power to remove checkoff staffers for misconduct is a "rather disturbing position." The Humane Society employs a co-founder of Hampton Creek and has sued the USDA over the pork board's activities.

Penzer said checkoff groups have the power to collect mandatory fees from producers because they are technically government entities. But he said the USDA treats them like industry programs it is supposed to babysit.

The USDA's oversight of checkoff programs has drawn scrutiny. In 2012, the USDA's inspector general issued a report saying the agency should gather more information on checkoff program activities and better detect the misuse of funds.

Kristine Tidgren, an attorney for Iowa State University's Center for Agricultural Law and Taxation, said regulations give the USDA close oversight powers over checkoff programs. But Tidgren said she is not familiar with how that oversight is exerted.

Hampton Creek, based in San Francisco, gained media attention because of its feel-good message of wanting to improve the food system with healthier, more environmentally friendly products. But more recently, Bloomberg reported that the startup used contractors to buy its products from supermarket shelves, thus inflating the sales figures given to investors.

Hampton Creek did not immediately respond when asked about the Bloomberg stories.

As for the egg board's activities, Starmer said it appointed a new chief executive earlier this year. Before becoming CEO of the American Egg Board, Anne Alonzo was Starmer's predecessor at the USDA division that oversees the board.

Are Eggs Good or Bad for You? 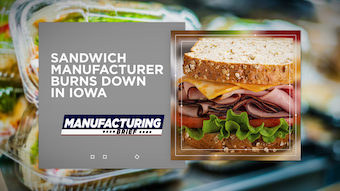