AB InBev Says it has U.S. Approval for SABMiller Merger

The maker of Budweiser and Bud Light will sell SABMiller's entire U.S. business to Molson Coors as previously announced, meaning Budweiser would continue to compete with Miller beer in the United States. 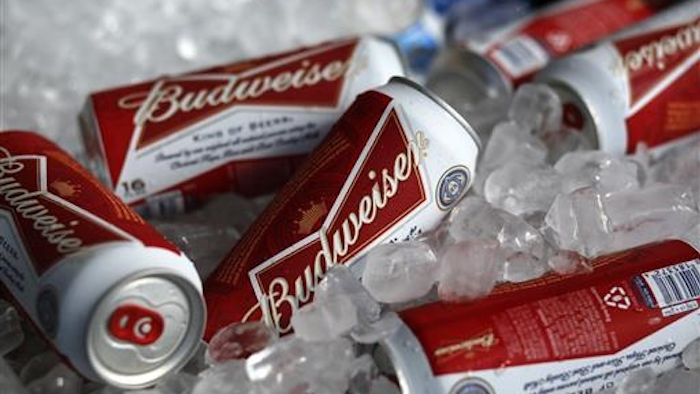 Anheuser-Busch InBev, the world's largest beer maker, announced Wednesday, July 20, 2016, that it has reached an agreement with the Justice Department clearing the way for U.S. approval of its acquisition of SABMiller.
AP Photo/Gene J. Puskar, File

NEW YORK (AP) — Anheuser-Busch InBev, the world's largest beer maker, announced Wednesday that it has reached an agreement with the Justice Department that clears the way for U.S. approval of its acquisition of SABMiller.

AB InBev, the maker of Budweiser and Bud Light, will sell SABMiller's entire U.S. business to Molson Coors as previously announced as part of the agreement. That means Budweiser would continue to compete with Miller beer in the United States.

The merger with the maker of Miller Genuine Draft, a deal valued at about $107 billion, had raised concerns that a single company would control too much of the beer market. The combined company would have about 31 percent of the global beer market, according to Beer Business Daily.

U.S. lawmakers and independent breweries had expressed concern that a combined AB InBev and SABMiller would have too much influence over the distribution system, with the ability to squeeze out smaller rivals.

The agreement with the Justice Department requires AB InBev to notify the agency's antitrust division of any potential craft beer acquisitions for the next 10 years, and prohibits the company from certain practices that discourage beer distributors from selling rival craft or imported beers.

AB InBev CEO Carlos Brito has said the divestment would ensure that the company's market share in the U.S. would not change after the deal.

As it struggles for growth in saturated markets such as the U.S., AB InBev is looking for growth in regions such as Africa, where SABMiller has a major presence. To ease concerns that it would have too much control of the market, AB InBev is selling brands in other parts of the world.

AB InBev says it has approval in 21 jurisdictions including Africa and Latin America, and is working with authorities in areas where the deal is still pending. The European Union's regulator gave approval in May, conditional on the sale of practically the entire SAB beer business in Europe.

The company expects the deal to close later this year.