Americans know Mars for M&Ms, but it also sells gravy in South Africa, mustard in Australia, and developed a DNA test for cats and dogs. 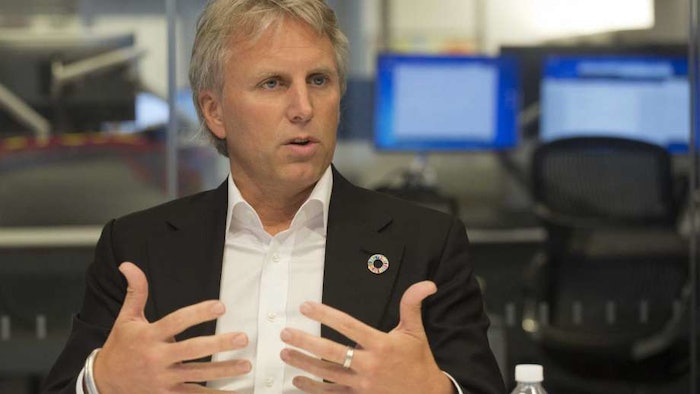 Mars Inc. marches to its own beat.

It makes Milky Way and Snickers bars, but it doesn't market them to kids in an effort to fight obesity. It makes 50 brands of pet food, but it's also the largest operator of veterinary hospitals in North America. Americans know it for M&Ms, but it sells gravy in South Africa and mustard in Australia.

As a private, family-owned company—with $35 billion in annual revenue—Mars has some leeway to experiment. It's working on a chickpea-based snack that could help fight child malnutrition in India. It even developed a DNA test for cats and dogs.

"We're a 100-year-old business. We intend to be around 100 years from now, and part of what is incumbent upon us is to evolve with the times," says Mars Chairman Stephen Badger, the great-grandson of Mars' founder Franklin Mars.

Badger spoke to The Associated Press about candy, nutrition, and other parts of Mars' business. The interview has been edited for length and clarity.

Q. What do you do about the trend toward healthy eating and the way candy is perceived?

A. It's very, very much at the forefront of our mind. We're a calories-in business, not a calories-expenditure business. And we take very seriously the notion of ensuring that consumers know what our products contain. We ensure that on the front of the pack we put caloric information, and then on the back of the pack we put nutritional information as well. So even in advance of, or in excess of, what a country might require legally, we're committed to ensuring that consumers know what's in our products. Also, with our confectionary products, we are really very clear that they are treats. They're not a meal, they're not a meal replacement, and they're not meant to be eaten with meals. Consumer information is at the forefront of what we try to do.

Q. Candy is an impulse buy. How will the growth of online shopping change that?

A. I think it's not going to change—I think it has changed. Hard retail will always be there. I think it's up to retailers to figure out how to entice consumers so they actually have an experience that makes them want to come back. That being said, as a manufacturer it's really incumbent upon us to try to figure out how to generate that impulse online. It's through a lot of rolling up our sleeves and getting dirty with testing and learning both in our own right as well as in partnership with the likes of Alibaba, Tencent, or Amazon.

Q. You have partnered with Kind, which makes nutrition bars, and you're working on your own high-protein snacks to fight malnutrition. Why is that part of your business?

Q. Why is Mars in the veterinary business?

A. How do you stay open to trends and understand what's transpiring? I think it's by keeping your ear to the ground and looking at opportunities and sometimes making small investments and placing bets and then seeing where those bets go. Our entrance into veterinary care was predicated on an opportunity to invest in Banfield (a chain of more than 975 vet hospitals). What started as a small investment grew over time. It opened our eyes to the reality that if we really want a better world for pets, the best way to do that is to invest in the veterinary practice. I wouldn't be honest if I said we've figured out how to bring to life the totality of that ecosystem, but we can see a real pathway through a number of angles.