Soda industry giants including the Coca-Cola Co. and PepsiCo, Inc. are spending more than $20 million to convince voters in Washington state to pass an initiative that would block local governments from imposing taxes on soda, sugary beverages and some food items. 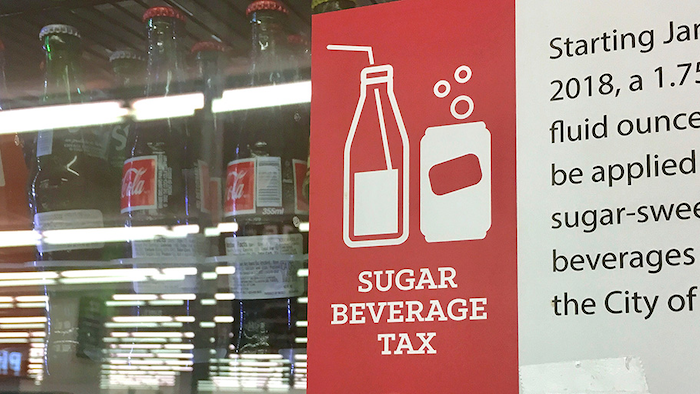 SEATTLE (AP) — Soda industry giants including the Coca-Cola Co. and PepsiCo, Inc. are spending more than $20 million to convince voters in Washington state to pass an initiative that would block local governments from imposing taxes on soda, sugary beverages and some food items.

The effort follows a tax on sugary beverages that went into effect in Seattle earlier this year.

"When you tax any grocery items, when you raise prices, it's not a good thing for the businesses," said Prem Singh, who owns convenience stores in the state and is part of a coalition of small businesses, chambers of commerce and restaurants supporting the initiative.

The American Beverage Association is pushing the ballot initiative in what's become a nationwide campaign to slow the expansion of soda taxes. The industry has prevailed with bans on new, local soda taxes in California, Arizona and Michigan.

Other supporters include the union representing beverage industry workers and the Washington Food Industry Association, which is the only in-state organization that has donated cash, $20,000, to the campaign.

Seattle's City Council passed its tax last year, joining other cities including San Francisco, Berkeley, and Philadelphia. Meant to encourage healthier choices, the Seattle measure puts a 1.75 cent-tax per fluid ounce on the distribution of sweetened beverages such as Pepsi and Coke, sports drinks, and other drinks with exceptions for diet sodas and milk-based drinks such as lattes.

Seattle's soda tax would remain in effect if the initiative passes, but couldn't be expanded. The tax took effect Jan. 1 and in its first six months accumulated over $10 million to go toward healthy food options for low income people, child care programs and college tuition.

The initiative would still allow state lawmakers to enacting taxes on products if it chooses.

State law currently exempts most groceries from collecting sales tax but it also grants Seattle and certain other cities broad taxing authorities that would probably allow a tax on a range of items including food, according to Julie Moore, a spokeswoman with the City of Seattle's Finance and Administrative Services.

On its website, the Yes! To Affordable Groceries political committee conducting the campaign says "special interest groups across the country and here in Washington are proposing taxes on groceries like meats, dairy and juices - basic necessities for all families."

But Candice Bock, director of Government Relations for the Association of Washington Cities, said they are not aware of any other city that has seriously considered taxing food or sweetened beverages. "The only one that we are aware of is Seattle's current sweetened beverage tax," Bock said in an email.

Groups representing healthy kids' organizations, a foundation dedicated to improving oral health called Arcora, and the American Cancer Society have raised less than $16,000 in cash to defeat the measure.

"We think folks do understand that this is really soda-industry work," said Victor Colman, spokesman for the Washington Healthy Kids Coalition. "We think facts are there for voters to see, that the initiative takes the power of local governments away and lets corporate interests kind of create state policy."