Coors began his career with the company in 1939 and was chairman from 1959 to 2000, helping it grow from a regional brewer into one of the world's largest. 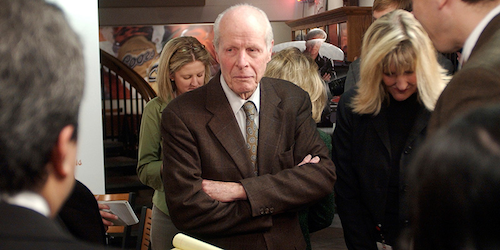 William "Bill" Coors, the former chairman of Adolph Coors Co. and grandson of the brewing company's founder, has died at 102.

Molson Coors Brewing Co. said he died Saturday at his home in Golden, Colorado. Coors began his career with the company in 1939 and was chairman from 1959 to 2000, helping it grow from a regional brewer into one of the world's largest. He was also an official beer taste tester for the company and continued to taste test until his 100th birthday.

After earning chemical-engineering degrees from Princeton University, Coors helped the company develop and introduce the modern aluminum beverage can in 1959. The company said he also started one of the country's first employee wellness centers.